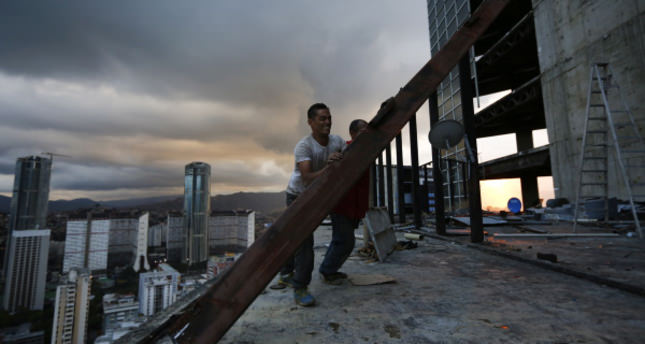 by AA Aug 29, 2014 12:00 am
Venezuela and Turkey are expected to sign reciprocal trade deals, with Venezuela supplying Turkey with oil and Turkey signing up to various infrastructure and construction projects in the oil-rich south American country, said Turkish Energy Minister Taner Yıldız, after a joint meeting with Venezuelan Transport Minister Haiman El Troudi.

El Troudi said that Venezeula needs two million houses and Turkish private firm, Summa is in the process of constructing 400,000 houses, which are expected to be finished in two months.

"We want to strengthen cooperation and diversify the areas of cooperation with Turkey," said El Troudi. "We are pleased with the Turkish firms that are currently working in Venezuela and we know that many Turkish entrepreneurs want to invest in Venezuela. We decided to form a high commission to speed up the cooperation process."

Turkey and Venezuela currently have an informal kind of trade, bartering with petroleum products in exchange for infrastructure, such as housing and agriculture. However, the two countries have not signed a specific agreement on the subject.