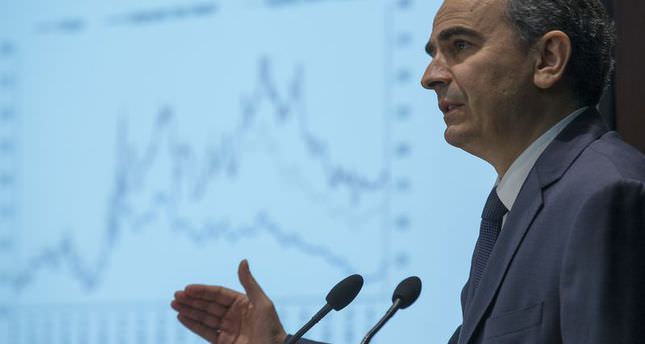 by Daily Sabah Aug 30, 2014 12:00 am
In the first half of the year foreign direct investment inflow to Turkey has been $5.3 billion (TL 11.46 billion) and the locals of Europe have received the lion's share with 82.5 percent. According to the data released by the Central Bank of the Republic of Turkey (CBRT) and the Ministry of Economy, direct investments of foreigners in Turkey increased by 21.2 percent on an annual basis and reached $5.27 billion.

In this period, European investors have received the largest share in the foreign direct capital inflow into Turkey with $4.35 billion, which corresponds to 82.5 percent of the overall figure. With a share of 32.3 percent, the Netherlands became the country which made the largest direct investment of $1.7 billion among other European countries. It was followed by the U.K. with $793 million. Italy was ranked third with its direct investments totaling $432 million.

Commenting on the direct foreign capital inflow and companies' purchases and sales, Mehmet Sami, a partner at Deloitte Turkey responsible for mergers and acquisitions, said that foreign investments have increased considerably compared to last year. He continued, "Among these companies are Chinese banks, European caterers and a Canadian pension company that has undertaken an energy business. There have been investments made in a wide range of sectors in the first six months of the year, in which we have gone through local and presidential elections. We will have more elections ahead of us. Therefore we are experiencing some political uncertainties in addition to the serious polarization in the Middle East and Ukrainian crisis. Despite all this, the figures we achieved today are quite satisfactory."
Last Update: Aug 30, 2014 12:32 pm
RELATED TOPICS