Samsung Heavy to absorb Samsung Engineering for $2.5B 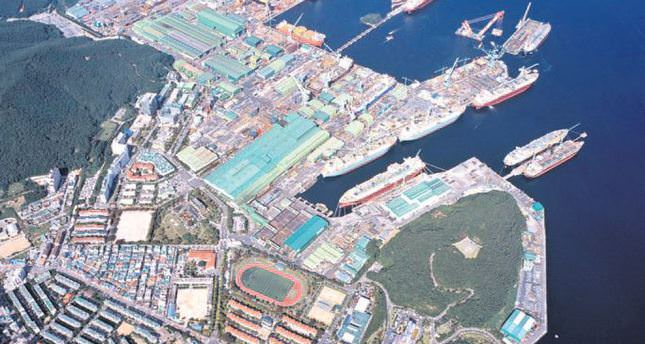 by Sep 01, 2014 12:00 am
Samsung Heavy Industries will absorb Samsung Engineering for about $2.5 billion (TL 5.4 billion), the latest step in a restructuring at South Korea's largest conglomerate that has accelerated since the controlling Lee family's patriarch was hospitalised in May. Investors are closely watching how control of the group will be transferred to heir apparent Jay Y. Lee and his two sisters. Yesterday's deal does not by itself strengthen the younger generation's grip, analysts said, although it does streamline the structure of the sprawling conglomerate, or chaebol, and pave the way for further restructuring as succession looms. No Lee family members directly hold shares in either of the two firms, which do not in turn own shares in crown jewel Samsung Electronics Co Ltd. "Samsung Group is making adjustments to its various businesses, looking for either vertical integrations or moving pieces around for other purposes," said Chung Sun-sup, chief executive of corporate research firm Chaebul.com. "The key purpose is to lay the groundwork that will make it easy for the Lee heirs to divide the inherited assets or separate out their own turfs within the group after they take control," he said. The planned initial public offerings of Cheil Industries Inc - formerly called Samsung Everland - and Samsung SDS Co Ltd are seen as key elements in the succession process. Yesterday's deal caught investors by surprise and sent shares in both companies surging, appears mainly to be part of Samsung's ongoing consolidation of overlapping business areas. Lee Kun-hee, the 72-year-old patriarch of the group's controlling family, has been in hospital since suffering a heart attack, adding urgency to the family's plans to keep its grip on a sprawling empire it controls through a complex series of interlocking shareholdings.

Observers said further streamlining of Samsung may involve builder Samsung C&T Corp, which is considered a key piece of the Lee family's control of the group.