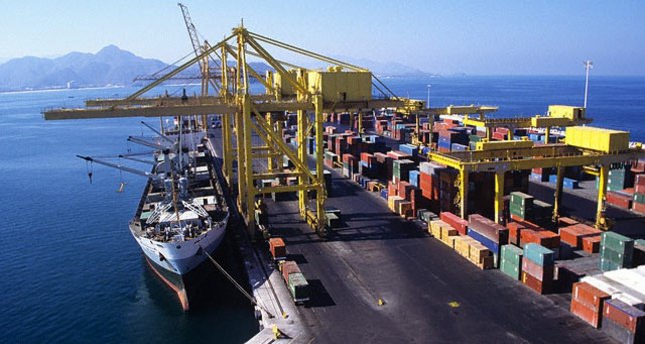 by AA Sep 01, 2014 12:00 am
Turkey is trying to compensate for its trade losses from Iraq, Iran and Egypt by strengthening its commercial ties with Western countries. The partial recovery observed in European countries and the U.S. has helped Turkey to increase its exports to those countries. According to data from the Turkish Statistical Institute (Turkstat), exports to 28 EU member countries increased by 11.1 percent in July compared to last year, reaching $6 billion (TL 12.97 billion). FromJanuary to July, Turkey's exports to the EU also increased by 13.3 percent when compared to the same period in
2013, reaching $40.8 billion.

Relations with Western countries in this period was not only limited to foreign trade as foreign direct investment inflow was around $5.3 billion with an increase of 82.5 percent. There was a steep decline of 46.1 percent in foreign investment flow from Asia. Investments dropped to $741 million this year from $1.4 billion in last year's first half.
Last Update: Sep 01, 2014 1:34 am
RELATED TOPICS