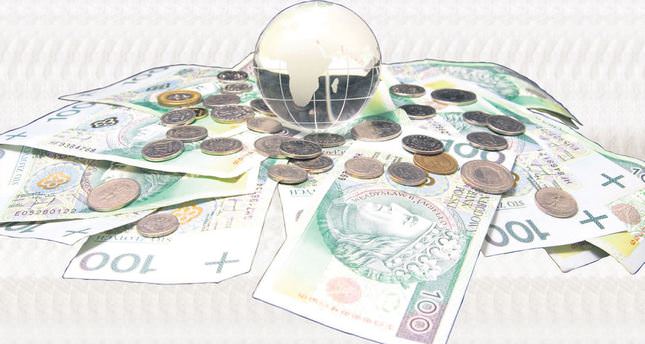 The U.S. economy rebounded more strongly than first believed in the second quarter of this year after growing at an annualized rate of 4.2 percent for the April-June period, according to the U.S. Department of Commerce. The eurozone, whose collective $13 trillion (TL 28.08 trillion) economy is the world's largest and accounts for 17 percent of global GDP, stalled in the second quarter. Exports made in euros account for 45 percent share of Turkey's overall exports according to the country's statistical authority, TurkStat; Europe remains Ankara's largest export market. Turkey makes 64 percent of its imports in U.S. dollars according to TurkStat, leaving the country vulnerable to fluctuations in the euro/dollar rate.

Bora Tamer Yılmaz, a senior economist from Ziraat Investment House told AA: "When the euro gains in value, Turkey's trade balance improves. This is a normal outcome since the euro's strength increases her citizens' purchasing power while at the same time offering price-competitiveness for Turkish exporters."

The U.S. has seen positive recovery figures recently. It has witnessed the highest consumer confidence index of the last seven years and Federal Reserve Chair Janet Yellen has hinted that job gains may support the central bank in raising interest rates sooner than anticipated, boosting the dollar to its strongest level in almost a year against the euro.Meanwhile, the fragile recovery seen in the eurozone came to a halt in the second quarter of this year as GDP growth fell 0.2 percent in Germany, the bloc's largest economy and Italy, the third-largest eurozone economy.

France's economy has become deadlocked. Eurozone inflation fell to just 0.3 percent in August, the lowest level for almost five years, according to Eurostat.

At a meeting of central banks at Jackson Hole, Wyoming on Aug. 22, head of the European Central Bank, Mario Draghi said that the ECB was ready to use all available tools to prevent a further drop in inflation, clearly suggesting that markets may expect quantitative easing which could further reduce the alreadywaning value of the euro. "We calculate that a 10 percent appreciation [or depreciation] in the euro affects Turkey's trade balance versus Europe by an increase [or decrease] of around 3 percent. This finding implies that in the case that the euro continues to lose its value, Turkey's trade balance may be hurt by somewhere around $3 billion in 2014," Yılmaz said.

On June 4 the ECB lowered its benchmark interest rate to 0.15 percent from 0.25 percent and reduced its deposit rate below zero, to -0.1 percent, in an effort to boost economic activity in the eurozone. A financial analyst from Destek Securities, Semra Demircioğlu, says that Jannet Yellen signaled an earlier-than-expected interest rate hike at the recent Jackson Hole meeting and Draghi hinted at a new program, similar to the quantitative easing conducted by the Fed. "Turkey makes almost 45 percent of its exports to Europe. The euro/dollar exchange rate, which is already on a downwards trend, seems to drop further when the ECB started to pump money to markets," Demircioğlu says.

Claiming that a possible interest rate hike from the Federal Reserve will further decrease the euro/dollar rate, Demircioğlu said that this will increase the cost of imports as Turkey makes over 60 percent of overall imports in dollars. "Turkey's foreign trade deficit and current account deficit likely to be affected adversely if everything happens as expected," Demircioğlu said.
Last Update: Sep 02, 2014 1:17 am
RELATED TOPICS