Gaziantep among most competitive cities 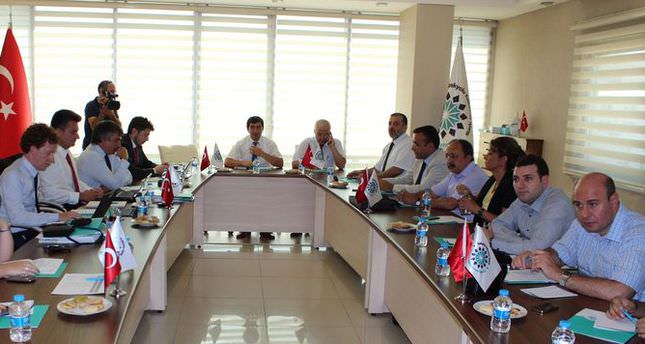 by Daily Sabah Sep 02, 2014 12:00 am
Authorities of the World Bank are analyzing the success of Turkey's southeastern province Gaziantep, which was chosen as one of the seven most competitive cities in the world in terms of innovation and novelty. According to the statement of Silk Way Development Agency (İKA), within the scope of a "Competitive Cities Database Project," Gaziantep was deemed as a competitive city. Gaziantep was elected as a successful and interesting example in terms of economy in Europe and the Middle East (ECA) region and a meeting was hosted by İKA with members of public institutions, chambers and the private sector in attendance.

In terms of the increase in gross domestic product and employment, the city has shown a performance higher than many other cities in the ECA region. The authorities of the World Bank are therefore now analyzing the reasons behind such success and the city's level of competition.At the end of the study, the Gaziantep experience will become a part of the global "Competitive Cities Database" of the World Bank.