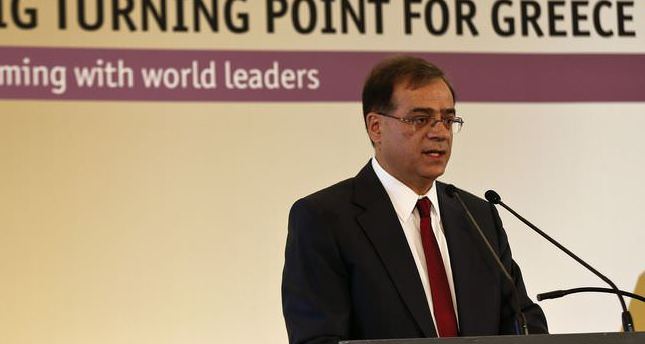 by German Press Agency - DPA
Sep 03, 2014 12:00 am
The Greek government launched a new round of meetings with EU and IMF creditors in Paris yesterday, but played down hopes that they will gain significant tax cuts for the Greek population.

Finance Minister Gikas Hardouvelis, said expectations had risen too high and that the talks in Paris would focus on "technical" matters. The minister dismissed reports that Athens would ask the creditors to lower certain taxes. Greece is keen to capitalize on a series of positive economic indicators that suggest the country is set to emerge from a deep recession later this year. It reported a primary surplus last year, and carried out a medium-term bond sale in April first time since the crisis.Greek officials hope this week's talks will result in the release of the next 3.5 billion euros tranche of aid.