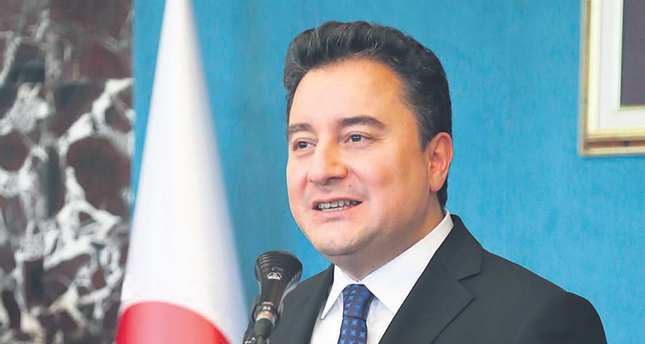 Turkey's Deputy Prime Minister Ali Babacan, who is responsible for the economy and is considered to be one of the key figures of Turkey's economic success within the last decade, grumbled about the decreasing share of industrial production in gross domestic production (GDP), while the share of the construction sector has been gradually increasing. Speaking on a broadcast on Sep. 3 Babacan noted that industrial investments are supposed to be encouraged to provide sustainable growth. "The weight of the construction sector rises in GDP. We do not welcome this trend. We aim for Turkey to become an industrialized producer society. Even though Turkey has covered great distance on this, the current situation is not satisfying," Babacan said.

During his interview on TV, highlighting the fact that capital moves to the sectors fetching easy money, Babacan said that the government has been putting a great effort into encouraging industrial investments. "Industrial investments turn into cash in 5-6 years. But if you build a luxury residence or a mall, you can cash in your investment in a short time," Babacan said. To overcome the current problem Babacan suggested implementing new regulations restricting the profit margins in the construction sector. "That is the only way to remove the unsteadiness in inter-sector capital flows," Babacan said.

Deputy Prime Minister Babacan's statements, which suggest that vertical growth in the construction sector should be ceased and the sector should transfer into industryoriented growth, were welcomed by the industrialists.For many years, industrialists have said that the Turkish economy should grow with industry and highlighted that this can be achieved by removing the barriers to industrial investments.

Speaking on the matter to a reporter from Anadolu Agency (AA), Aziz Torun, the chairman of Real Estate Investment Trusts Association (GYODER) summarized the situation as "the grass is always greener on the other side." He underlined the fact that while the real estate sector seems easy and profitable to many, this is not the reality and it is not easy for a project developer or an investor who is not from within this sector to immediately comprehend the characteristics and the drawbacks of the sector. "That is why we don't recommend industrialists to enter into this sector but in order for that to happen, industry and production should be supported. While production was profitable between 2005 and 2012; there is serious competition right now and profit margins are very low," said Torun.

We agree with Babacan's views, however, we do not have a negative opinion about businessmen who invest in the construction sector." He further noted that the decline in the manufacturing industry contrasts with Turkey's 2023 goals and added, "The growth that is achieved with unearned income will naturally harm sustainable growth."

The chairman of the Turkish Union of Chambers and Commodity Exchanges (TOBB), Rifat Hisarcıklıoğlu noted that he agrees with Babacan and that Turkey needs to become industrialized and become a producing nation. He further noted that Turkey is becoming a brand in construction sectors and is now the second most powerful country in this industry. Underlining that the construction sector also triggers other sectors, Hisarcıklıoğlu said the construction sector is the heart of the economy. "While mid-tech products' share in Turkey's manufactured product exports have been on the rise, the share in exports of products that require hightechnology never increases. This demonstrates the structural requirement our industry needs," said Hisarcıklıoğlu and added that if Turkey is to become a world giant, then the problems of the businessmen should be resolved immediately and the manufacture of high-tech products needs to increase. He further underlined the need for a structural transformation and reforms.