US tax revenue to rise if Obama legalizes immigrants 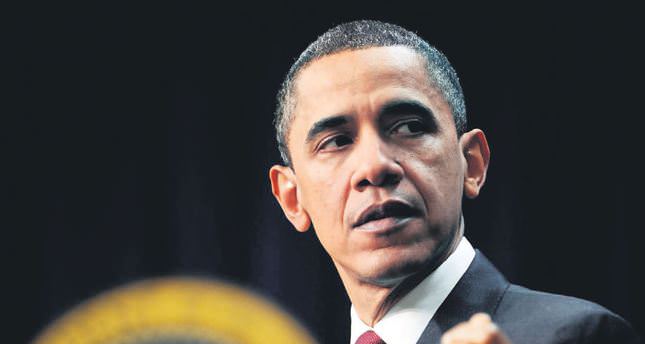 Center for American Progress, which has close ties to the Obama administration, estimated $21.2 billion in additional payroll taxes would be collected over five years under one scenario available to Obama, who has made immigration reform a priority of his second term. That revenue increase is based on a scenario where 4.7 million undocumented immigrants receive temporary legal status, allowing them to get work permits. These immigrants live with at least one child who is either a U.S. citizen or undocumented. "Many workers and employers will be able to emerge from the underground economy and pay payroll taxes for the first time," the report said. By citing the projected economic benefits, the report provides an early glimpse of how the White House, Democrats in Congress and immigration advocacy groups might try to build support for any administrative action by Obama.

Obama, who had strong support from the Latino community in his 2012 re-election, had pushed Congress to pass a bill that would provide a pathway to citizenship for some of the 11.7 million undocumented people in the United States. That effort made progress in the Democratic- led Senate, which passed a sweeping immigration revamp last year, but it stalled in the Republican-controlled House of Representatives, which refused this year to pass the proposed legislation.The Obama administration has since conducted an internal review of administrative actions it can take on its own.

Opponents of the effort to legalize some of those who have crossed into the United States illegally or overstayed their visas argue that granting work permits to them would rob legal residents of jobs and encourage more illegal migration. Of the 8 million illegal immigrants already working in a variety of industries, about 3 million workers and their employers paid payroll taxes in 2010, the Center for American Progress report said.
Granting work permits would mean the other 5 million workers "will go on the books."

The report forecast the wages of previously undocumented workers would rise by about 8.5 percent. Giving them full access to the U.S. labor market would enable them to find jobs to match their skills and maximize their earnings, it said.The report also looked at the revenue impact if Obama included broader groups of people in an executive action.If he aimed the program at undocumented residents who had been in the United States for at least 10 years, for example, it would effect 7.4 million people and raise $33.4 billion in payroll tax revenues over five years.