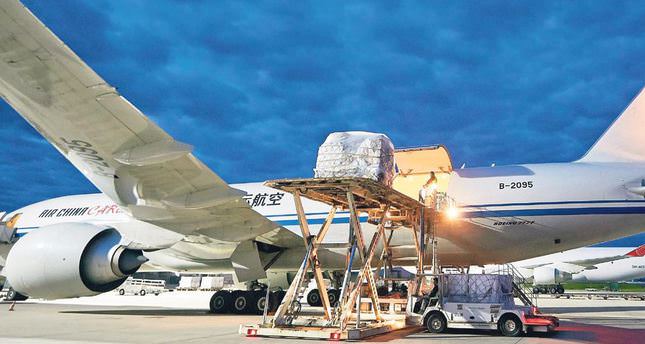 by Sep 05, 2014 12:00 am
China will need more than 6,000 new aircraft over the next 20 years, U.S. manufacturer Boeing forecast Thursday - an increase of almost 500 on its equivalent prediction last year. Flight demand in the world's most populous country and second-largest economy is increasing and diversifying, Boeing said in its new Current Market Outlook for the country.

Chinese new aircraft demand will reach 6,020 planes worth $870 billion (TL 1.9 trillion) during the 2014-2033 period, it said, compared to last year's 20-year demand forecast of 5,580 planes. Underscoring the dramatic increase in passenger demand, Boeing said that a total of 6,930 passenger aircraft will be plying China's skies in 2033, three times the current 2,310. "China's domestic market has been strong and resilient for many years, and continues to be strong," Randy Tinseth, vice president of marketing at Boeing Commercial Airplanes, told reporters in Beijing. During the 20-year period Chinese carriers will take delivery of 16 percent of the world's airplane production, the company said. Boeing, maker of the 737 MAX and 787 Dreamliner, competes with Europe's Airbus for global dominance in the aircraft market.

The U.S. firm says it made more than half the current Chinese commercial fleet, while Airbus says it has an almost-50 percent share. "The market is changing, evolving," Tinseth told reporters in Beijing, saying demand for more direct flights to more destinations was being driven by factors including low-cost carriers. "It's good for passengers, and ultimately it will be good for the aviation market here." Only 1,400 of China's new aircraft in the next 20 years will replace existing airplanes, Boeing said, while 4,620, or 77 percent, will be additions to the fleet.