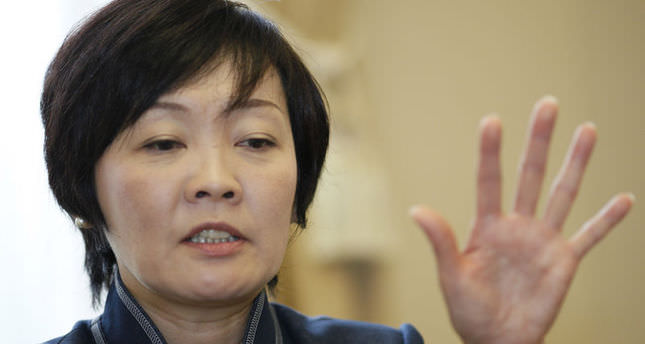 by Sep 05, 2014 12:00 am
Japanese First Lady Akie Abe said yesterday the country should consider cutting wasteful spending and boosting the economy before going ahead with a rise in the sales tax to 10 percent, as her husband wrestles with just that decision. "Considering the falling birth rate and ageing society, it probably can't be helped," Akie Abe told Reuters in an interview at the prime minister's official residence, referring to an eventual rise in the sales tax. "I think there are still areas where, if not a waste, taxes are not being used properly and could probably be fixed," she added. "I can understand there are aspects that would be difficult if we don't raise the sales tax, but in my personal opinion, before doing that, shouldn't we put a bit effort into the economy, fix what can be fixed and cut what can be cut?" But she added: "This won't change just because I say so." Prime Minister Shinzo Abe must decide by December whether to proceed with a second-stage rise in the sales tax to 10 percent that is planned for October 2015 to help curb Japan's huge public debt and fund the ballooning costs of its ageing society. But an initial rise to 8 percent from April triggered a sharp contraction in the economy in the three months to June, raising doubts about whether Abe should go ahead with the hike. Mrs. Abe, who has been dubbed the "domestic opposition" for speaking out against some of her husband's policies including nuclear power after the March 2011 Fukushima disaster, said she had urged the premier not to raise the levy to 8 percent from April. "I told him not to raise it," she said. Asked about this time, she said: "I wonder."