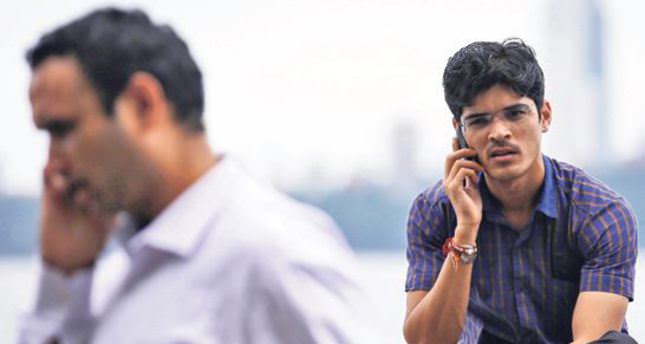 by Sep 07, 2014 12:00 am
Smartphone-makers are in a race to the bottom of India's economic pyramid as they battle for customers in the fast-growing low-end market segment where analysts say opportunities are vast. India is now the quickest-expanding smartphone market globally and the third largest market after China and the United States, according to Britain-based consultancy Canalys. India "is a market that offers huge potential as hundreds of millions of users have yet to upgrade," said Jessica Kwee, an analyst at Canalys.

Sales in the country of 1.25 billion people rose by 84 percent in the quarter to June from a year earlier as users traded up from basic handsets to more sophisticated models, spurred by ever lower prices. Local and foreign companies alike are sacrificing profit margins to build market share in India, which counts 914 million mobile users, according to government data. The cheapest smartphones now retail at 2,000 INR ($33), down from an average 15,000 INR two years ago. Technology consultancy IDC India projects annual smartphone sales growth of around 40 percent for the next five years in the price-sensitive nation, home to 33 percent of the world's poor. Smartphones now hold a 10 percent market share among India's mobilephone- using population, according to IDC. That 10 percent figure is widely seen as a "tipping point" - the moment when buyers start opting for smartphones over other phones, going by experiences in other countries. And the below-$200 slice of the smartphone market is at the heart of the action, accounting for some four-fifths of total Indian smartphone sales, IDC says.

California-based Mozilla, the non-profit organization behind the open-source web browser Firefox, is the latest entry into India's cheap smartphone market. Mozilla joined forces with Indian phone manufacture Intex last month to launch a lowcost smartphone. Intex, which billed the smartphone as India's cheapest, said the first batch sold out in days. It aims to sell half-a-million handsets by the end of 2014.

All these developments could spell trouble for South Korean giant Samsung, which has targeted mainly high-end customers, and leads the Indian smartphone market with a 29 percent share, according to IDC.

It needs to move into the high-volume, low-cost segment more decisively, analysts say. Samsung is being shadowed aggressively by local heavyweight Micromax, which has become India's No. 2 smartphone brand in six years and boasts Hollywood actor Hugh Jackman as its brand ambassador. Apple deals at the top-price bracket but has been offering trade-in payments, installment plans and older models to make its iconic phones more affordable - a strategy it says has paid dividends, although its exact sales figures in India are unknown.