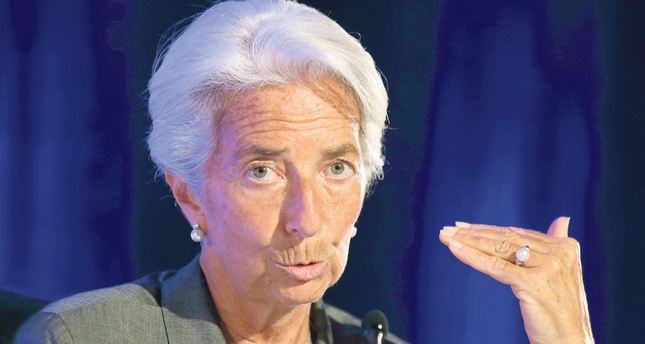 With the euro zone economy in the doldrums, the European Central Bank announced on Thursday a series of measures to stimulate growth, with its president Mario Draghi expanding on a call for governments to support this process with extra spending.

Echoing that sentiment, Lagarde told daily Les Echos in an interview the process could be aided by Germany, which is borrowing at record-low rates and on track to record a public sector surplus for the third year running. "We think that public or private investment (in Germany) to finance infrastructure would be welcome," she said, stressing this did not mean making the German economy less competitive. Asked in a second interview on Radio Classique whether Germany could do more to spur a European economic recovery, Lagarde told the radio: "It seems to us at the International Monetary Fund that it (Germany) can go a bit further, that it can do a bit more, in Germany's interest."

Under pressure from major euro zone peers like Italy and France to boost public investment and cut taxes, German Chancellor Angela Merkel has left the door open to channelling the budget surplus into spending programmes. She said investments would take priority if Germany had money available but the government first had to see how the economy developed.

Germany's 2015 budget projects no net new borrowing for the first time since 1969. Lagarde told Radio Classique all the bloc's member states needed to go further than existing economic reforms by creating more flexible labour markets and freeing up competition. "I think structural reform is necessary in terms of labour market regulations, excessive regulations in some areas, of areas of economic activity that are too protected and which need to be opened up to competition. "This goes for everyone... it's true for France, it's true for Germany, it's true for Italy." Lagarde, who was France's minister of finance from 2007 to 2011, told Les Echos that France needed to stick to its deficit-reduction plan. President Francois Hollande's government was forced to abandon fiscal targets for 2014 and 2015 last month after the economy delivered no growth for the second straight quarter.

Lagarde said that for the IMF, the European Central Bank should maintain an expansionary monetary policy, while calling on regulators to keep a watchful eye on rising asset prices.