Appreciation in euro a danger for private sector 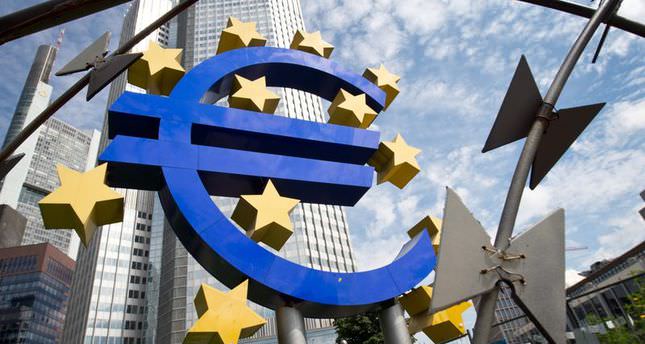 by Daily Sabah Sep 10, 2014 12:00 am
Last week, the European Central Bank (ECB) cut its key interest rates to new historic lows in a surprise move, and unveiled plans for asset purchases, in a bid to overcome growing concern that the eurozone is on the verge of falling into a dangerous spiral of falling prices. The ECB cut its central refinancing rate to 0.05 percent from 0.15 percent. It also lowered the deposit rate to negative 0.20 percent from negative 0.10 percent and trimmed its marginal lending rate to 0.30 percent from 0.40 percent. The euro was deep under water, having suffered its steepest fall in three years due to the latest move of the ECB.

The drastic and sharp depreciation in the euro poses a danger for Turkish companies whose debt stock mainly consists of dollarcredits and bonds but incomes in euros.

According to Turkey's statistical agency (TurkStat), exports made in euros account for a 45 percent share of Turkey's overall exports which means Europe remain Turkey's largest export market. TurkStat says Turkey makes 64 percent of its imports in U.S. dollars, leaving the country vulnerable to an over-appreciation of the dollar against the euro.

Speaking to press on the matter, Ender Yorgancılar, chairman of the Mediterranean Chamber of Industry, noted that the ECB's latest move will leave the real sector in a tight spot. "Not to mention its negative effect on companies' balance sheets, the ECB's decision on interest rates may cause a hot money inflow to Turkey which is expected to lead to an appreciation in the Turkish lira. If the TL over-appreciates in value, exporters will have to face a new challenge stemming from price and cost competitiveness in European markets.

He further noted that only 35 percent of the private sector's debt stock is in euro which is around $400 billion (TL 880.24 billion) in total. "Though a demand increase may occur in the eurozone thanks to monetary loosening, Turkey's trade deficit is expected to expand due to an increase in import costs," he said.