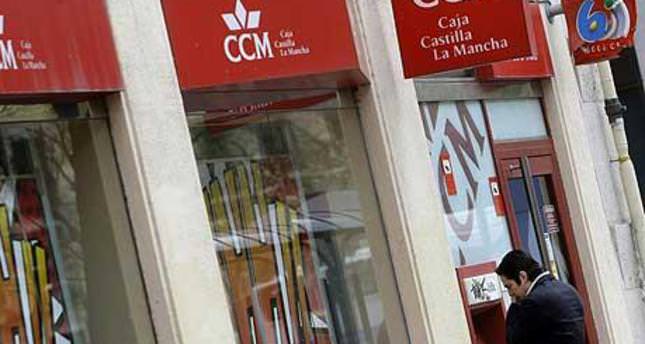 by Sep 10, 2014 12:00 am
Some European banks being checked by regulators for signs of capital weakness may be sitting on up to a trillion dollars of potentially unsafe assets because their holdings of sovereign bonds are not being fully risk assessed, a new study has found. Post-financial crisis, banking watchdogs have regularly submitted banks to an examination of their assets to ensure they could withstand another shock to the global banking system.
But the last two so-called stress tests failed to scrutinise banks' exposure to government bonds and despite criticism, regulators still cannot fully assess these holdings because international rules let banks consider them risk free.

The result, according to a new study that could have implications for the credibility of the latest bank tests, is that 64 of Europe's biggest banks may be holding a total of 806 billion euros ($1.04 trillion) of risk weighted assets that are linked to sovereign bonds - rather than the zero amount that regulators are counting on. Risk weighted assets - gauging holdings according to their likelihood of default - matters because the capital requirements now demanded of banks post-financial crisis demand this rather than a simple balance sheet snapshot.

The refinement was introduced by global banking watchdogs to make sure lenders were acknowledging their real risk profile and putting aside enough capital to cover any losses resulting from it. In short, banks could pass the latest round of testing - the results are due to be announced in October - and still have "too little capital or at least too little excess capital (than if they had to recognise the sovereign risk)," said Prof. Sascha Steffen of Berlin's European School of Management and Technology (ESMT), author of the study with Dr Josef Korte of the Goethe University in Frankfurt.