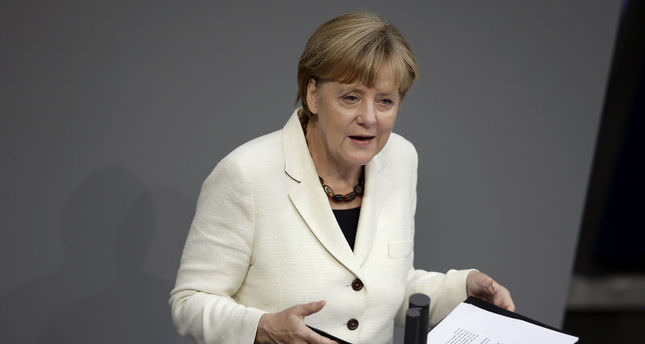 by Sep 10, 2014 12:00 am
German Chancellor Angela Merkel on Wednesday ruled out any easing of fiscal austerity in the eurozone, in a blow to Berlin's allies in the currency bloc who have been pressing for a relaxation of tough budget rules to help boost jobs and economic growth. "We know that the situation (in Europe) is still fragile,"

Merkel told the German parliament. "We have made important progress in Europe's reform policy." But she said the European Commission was right to warn that pulling back from strict budget discipline and budget reform "would represent an enormous risk to the recovery" in the 18-member eurozone economy, which only emerged last year from a protracted recession. "And what is true for Germany, also applies to Europe," the chancellor told the Bundestag.

Germany has been stepping up moves to head off calls from its eurozone partners to ease the region's strict fiscal targets, so as to help them remain on an economic growth path. Merkel was speaking in the debate on the 2015 budget, which would be Germany's first balanced budget since 1969. The 2015 budget follows a forecast deficit of 6.5 billion euros (TL 18.5 billion, $8.4 billion) for this year.