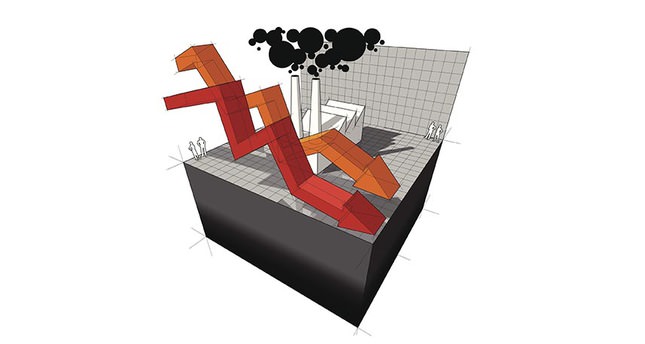 The Turkish Statistical Institute (TÜİK) announced GDP rates for the second quarter of 2014 on Wednesday. Turkey's GDP grew 2.1 percent, reaching 30,803 million Turkish liras in Q2 versus 4.3 in Q1, which is revized as 4.7, and the domestic fell against the dollar after the data.

The Central Bank of the Republic of Turkey, whose credibility is in tatters, left the key interest rate unchanged last month but the government will likely increase the pressure on it to cut rates again if growth continues to slow. As such, the lira is likely to remain under pressure against the dollar.

GDP increase at current prices are announced as 9.7 percent.