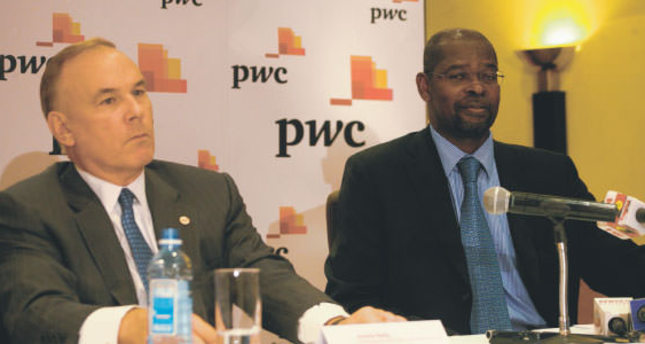 by Sep 11, 2014 12:00 am
Africa's top chief executives remain "optimistic" about growth despite volatility and uncertainty on the continent, PricewaterhouseCoopers (PwC) said in a report on Thursday. "CEOs in Africa feel more positive about their ability to generate revenue growth and about prospects for the economy now that they are emerging from the global financial recession," said Suresh Kana, PwC Africa senior partner.

The results were published on Thursday in PwC's "Africa Business Agenda," based on information from 260 CEOs in Africa. "In general, they are more confident about their own company's growth than they are about their industry's prospects," PwC said in a statement, with 84 percent saying they "remain confident overall." But poor government responses to major challenges were a major concern.