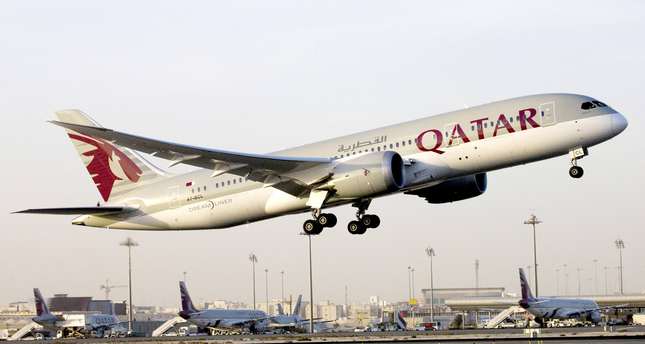 by Anadolu Agency Sep 11, 2014 12:00 am
Qatar Airways Cargo is set to continue its expansion with the launch of two new freighter destinations, Brussels in Belgium and Shanghai in China. Brussels will be served four times weekly by an Airbus A330F freighter, effective from Oct. 1. The freighter will fly via Entebbe to Brussels on Wednesdays and Sundays and via Nairobi to Brussels on Mondays and Fridays, the airline said in a statement. A three-time weekly nonstop Boeing 777 freighter service will operate on the Doha-Shanghai-Doha route, effective form Oct. 2. In addition, with effect from Oct. 1, an additional Boeing 777 freighter frequency will be added on the Doha-Hong Kong route, bringing up the weekly frequencies to 14. Shanghai is a leading producer of ethylene, plastics, microcomputers, integrated circuits and mobile phones. It has the largest consumer market in China, leading to accelerated demand in all sectors, including cargo.