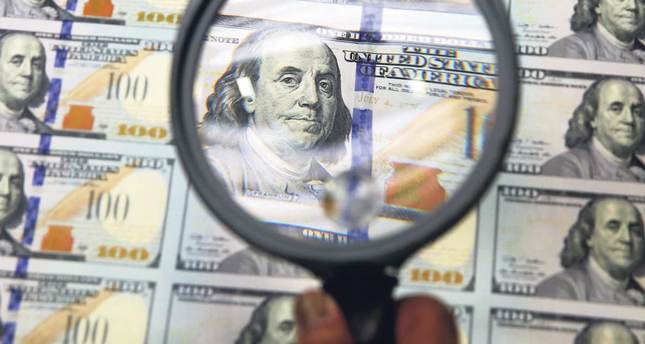 by AA Sep 11, 2014 12:00 am
The global economy is forecast to grow by 2.5 to 3 percent this year, with growth in Asia and sub-Saharan developing economies in excess of 5.5 percent, suggesting they will become the main drivers of the world economy, the UN said. UNCTAD, the UN's trade and development arm's annual trade and development report was presented by the UN Development Program's Resident Representative Kamal Malhotra in Ankara.
The Geneva-based think tank calls for major changes in the way the global economy is governed and managed. "Financial fragility and volatility negatively effects domestic financial markets especially in countries like Turkey, which is significantly dependent on international capital flow," Malhotra said.

The report examines the health of the global economy and asks whether current conditions and policies are fit to sustain growth and support an ambitious development agenda after 2015. It calls for more policy coordination at global level and more policy and fiscal space for developing countries to pursue an inclusive and sustainable trade and development agenda. The report argues the global recovery remains weak, while the policies supporting it are not only inadequate but often inconsistent. Six years after the onset of the global economic and financial crisis, the world economy has still not found a sustainable growth path, the report argues. The report forecasts that developing economies as a whole are likely to repeat the performance of previous years, growing at between 4.5 and 5 percent. The growth will exceed 5.5 percent in Asian and sub-Saharan countries, but will remain subdued at around 2 percent in North Africa and Latin America and the Caribbean. The report added that international capital flows usually generate a financial cycle in the receiving countries and often increase their financial fragility, eventually leading UN projects 2.5-3 percent growth for world economy in 2014.