US advocating for Raytheon in missile tender 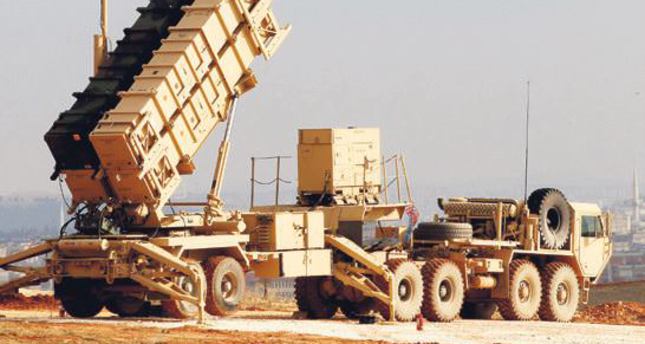 Soon after the Chinese bid for Turkey's missile defense tender collapses, the U.S. offers the Patriot system as a replacement

The U.S. government is continuing to advocate for the Patriot missile defense system offered by Raytheon Co and Lockheed Martin Corp in a Turkish tender after Turkey cited disagreements with the Chinese firm that initially won the bid, a senior U.S. official said on Wednesday. "We're in regular contact with the Turks about the U.S. offer in this particular competition," Gregory Kausner, deputy assistant secretary of state for regional security and security assistance, told the Reuters Aerospace

U.S. and NATO officials had warned Turkey that its collaboration with China on the system could raise questions about the compatibility of weaponry and of security. Turkish President Tayyip Erdogan this week said Turkey was in talks with France after disagreements with China Precision Machinery Import and Export Corp (CPMIEC), which was originally awarded the tender last September.

Franco-Italian Eurosam, which is owned by Franco-Italian missile maker MBDA and France's Thales, came second in the tender, while the Raytheon bid came in third. The choice of CPMIEC for the project irked Western allies as the company is under U.S. sanctions for violations of the Iran, North Korea and Syria Non-proliferation Act. Kausner welcomed Turkey's decision to turn away from the Chinese bid, and said Washington was convinced that Raytheon and Lockheed had offered a "unique and qualified solution." "We continue to relay those points at all levels to our
Turkish allies and ultimately we hope that they'll choose the Patriot system offered by the Raytheon-Lockheed consortium," he told the summit, held at the Reuters office in Washington. "We're hopeful. We continue to advocate strongly on behalf of that U.S. system," he said.
Raytheon declined comment, and said the potential foreign military sale was a government- to-government matter.and Defense Summit.