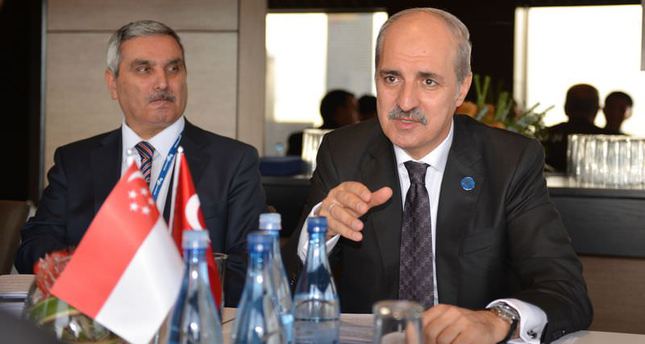 by AA Sep 12, 2014 12:00 am
Turkey's economy has grown by around 4 percent in the five-year period since the global financial crisis in 2009, according to Turkish Deputy Prime Minister Numan Kurtulmuş during his speech in Melbourne on Thursday.

At the G20 Labor and Employment Ministerial meeting, Kurtulmuş said that Turkey managed to ensure harmony in domestic politics and to economically grow through the creation of employment schemes that specifically target unemployment in the country.

The deputy prime minister praised Turkey as being among the rare countries that achieved growth by creating employment in a crisis period, underscoring that Turkey has employed around 5.3 million people since the financial crisis in 2009.

According to figures released by the Turkish Statistical Institute, the unemployment rate in the country decreased in one month from 9 percent in April 2014 to 8.80 percent in May.