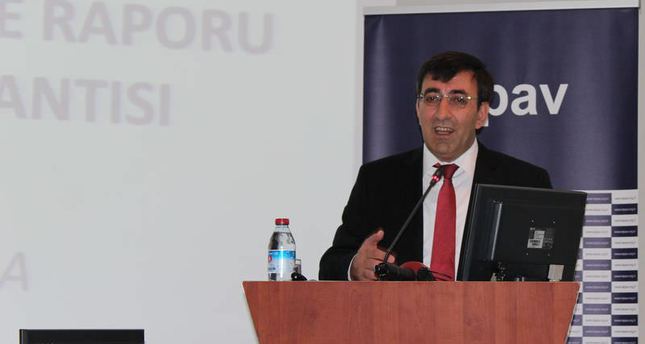 by AA
Sep 13, 2014 12:00 am
Turkey needs to focus on exporting to Asia, the world's largest and most dynamic market, to reduce its trade deficit and increase growth, the United Nation's development representative said.

Kamal Malhotra, the UN Development Program's resident representative in Ankara, said Turkey needed to turn its attention east instead of concentrating on trade with Europe.

"Turkey so far has not been a major player in most of the Asian markets," he said in an interview with The Anadolu Agency. "From an export strategy point of view, Turkey needs to focus more on Asia because it is the largest market in terms of the middle class, and it is also a dynamic and fast-growing market."

Malhotra's remarks came after Turkey announced 2.1 percent growth in the second quarter of 2014, a fall on the first quarter's rate of 4.3 percent.

Malhotra said growth for second quarter was lower than expected and that overall growth for the year is likely to be lower than some, including the government, anticipate.

"Growth rates in India, despite the fact that they are lower and people want them to be higher, are likely to be 5.5 percent, China's are 7 percent, even lower than they were before," Malhotra, a UN veteran who previously served in Malaysia, Singapore and Brunei, said.

"These countries have large middle classes but Asia in general is something Turkey needs to focus more on."

According to Malhotra, Turkey relies heavily on its markets in Europe and the Middle East.

But, he said: "These are not stable or largely growing markets. There has to be a combination of policies on the export front, but also to look at the underlying structural issues which have led to low domestic savings rates."

Turkey's current account deficit fell by $16.5 billion to $26.7 billion between January and July, the central bank reported on Thursday.

Exports to the European Union stood at $41 billion over that period while the country exported $7 billion worth of products to Asia and $6 billon to Africa.

Imports from EU were just under $52 billion while the value of imports from Asia was $31.8 billion and $3.4 billion from Africa.

Malhotra also pointed out that while Turkey has a high current account deficit, domestic savings are very low.

"These are symptoms of underlying structural issues," he said. "The causes of these [symptoms] need to be addressed.

"Beyond the energy import issue, which is one factor leading to the current account deficit, I think Turkey needs to invest in policies. Some of them are long term policies so they will not have an immediate impact."

While Turkey is affected by the U.S. Federal Reserve's actions, there are factors specific to the Turkish economy, Malhotra explained.

"It is really critical [that the] elections are over for now," Malhotra said, referring to last month's presidential elections.

"There will be clear messages from the economic team and Turkey can begin to look at some of the structural reforms in the economy which have been postponed.

"At least for the medium term, unless Turkey addresses certain areas of economic structural reforms, it will be hard to sustain higher growth rates."

Malhotra said Turkey's growth in recent years had been partly fuelled by the availability of credit.

"Now that there are limits on these credit cards, domestic demand will obviously reduce," he added. "And you can't expect the same growth rates, because domestic demand is lower.

"Turkey's export markets have been impacted by the crisis, especially in Iraq, but of course the eurozone has not been growing and the prospects of the eurozone are not very optimistic in terms of growth.

"Turkey is heavily reliant on the European market and has tried to diversify with the Middle East and African markets but these are not either very stable or very large markets."

The global economy is forecast to grow by 2.5 to 3 percent this year, with growth in Asia and sub-Saharan developing economies exceeding 5.5 percent, suggesting they will become the main drivers of the world economy, the UN said on Wednesday.