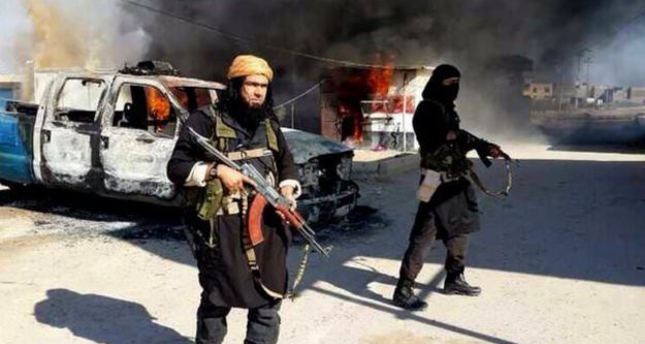 Lying in wait in the deserts of the Iraqi province Anbar, the Islamic State of Iraq and al-Sham (ISIS) found ground to enlarge its land after the former Iraqi Prime Minister Nouri al-Maliki failed to provide security in the country. ISIS has been able to spread its control in the western and northern parts of Iraq in a short time, which also used to be the most convenient routes for trucks carrying Turkish goods to both neighbors and other countries in the region.

Not only exports, but also Turkish contracting businesses and giant energy projects have faced horrifyin challenges in Iraq due to the ISIS threat.
Though Turkey has suffered the most economically and politically from ISIS's expansion in Iraq, some international media outlets implicitly accuse Turkey in their articles and editorials of letting ISIS insurgents pass through its borders.

According to data from the Turkish Statistical Institute (TurkStat), Iraq used to be Turkey's second largest export market worth more than $12 billion (TL 26.61 billion) per year. Chairman of the Turkish Exporters Assembly (TİM) Mehmet Büyükekşi said on July 1 that in the first five months of 2014, Turkey's exports to Iraq increased by 11 percent, thereby reaching $5.40 billion, however, monthly exports fell by 21 percent in June and have now decreased by 30 percent. A month later Büyükekşi remarked that Turkish exporters have been encountering some troubles in our exports to Iraq. In July, Turkey's exports to Iraq dropped by 46 percent. According to a report by TİM, exports to Iraq declined by 27 percent in August.

An interview by Daily Sabah with Emin Taha, owner of the Taha Group, which is considered one of the key organizations in Turkey's economic relations with Iraq, revealed that no business activities could be performed where the clashes take place; due to fear and anxiety, trading activities were suspended in all other areas as well. "The number of trailers was 2,300 on June 8, and then it dropped down to 700. Now, it is up to 1,270. While business in Mosul kicked off once ISIS entered the city on June 9, clashes are continuing in the Tikrit and Alem areas and the citizens have all fled their homes. About 500,000 Iraqis are living like refugees in Iraq," Taha told.

The Turkish Contractors Association (TMB) announced last month that Turkish companies could only undertake 22 projects this year in Iraq valued at approximately $1 billion. There are 43 ongoing projects at the moment.

Speaking to Turkish daily Dünya, TMB also noted that many companies have suspended their projects. In accordance with the "loss list" of companies that run businesses in Iraq issued by the Ministry of Finance, many workers had to be laid off in 70 projects worth $4.5 billion from 43 companies. Only some projects in the Basra region can still continue.

A report by TMB suggests that current troubles in Iraq have brought down the total undertakings of the sector. In addition to troubles with exports
and contracting, Turkey's long-term energy projects that include Iraq - currently Turkey's top oil supplier - are under threat from ISIS, analysts say. "In case of ISIS's greater expansion, Turkey will have to find another source of oil. That is one of the most critical issues on Turkish authorities' agenda regarding Iraq," Dr. Cemil Ertem said. He further emphasized that implying Turkey gives indirect support to ISIS is an insane idea that can only come out of a sick mind.
Last Update: Sep 15, 2014 1:27 am
RELATED TOPICS