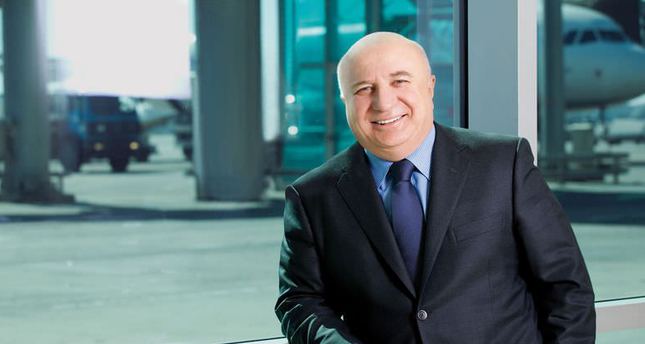 by Daily Sabah Sep 15, 2014 12:00 am
TAV Airports Holding signed a contract to acquire a total of 80 percent shares in Istanbul's Sabiha Gökçen Airport for 285 million euros from Limak Group, which is a part of the consortium that currently builds and will operate Istanbul's third airport.

TAV also declared that they received commitment to buy 19.6 percent shares of ISG Ground Services if current partners Malaysia Airports MSC and Malaysia Airports Holdings Berhad would not use their pre-emptive right to purchase.

TAV Airports CEO Sani Şener stated that it is a strategic move concerning beyond 2020's for TAV as Atatürk Airport will shut down when the third airport starts operating. Şener explained that Limak wants to concentrate on the third airport project, and TAV wants to seal the purchase if Malaysia Airports Holdings Berhad does not use their pre-emptive right.

Sabiha Gökçen Airport started operating in 2001, and its management was transferred to Limak-GMR-Malaysia Airports consortium in 2007. The airport served 15,5 million passengers in the first eight months of 2014, with an increase of 32 percent against the same period of 2013. There are ongoing plans to increase the airport's capacity with a second runway and connect a subway line.