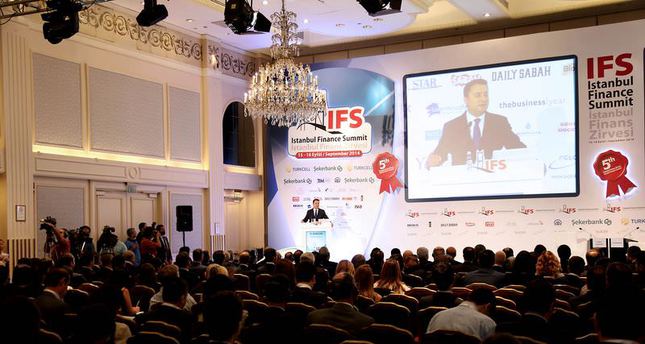 Speaking to members of the press and attendees at the fifth Istanbul Finance Summit yesterday, to which Daily Sabah and Anadolu Agency (AA) is a global communication partner, Deputy Prime Minister Ali Babacan said there had been negative news about developing countries last year that were proven false and added that Turkey was now classed within the upper-middle income group, inching to join the high-income bracket within the next few years.

"It is now clear that the reports were not reflecting the truth. Developing countries have very different economic structures when compared to the 1990s. Now, they have low public debts, their banking systems are much stronger, reserves are higher, and most developing countries apply flexible exchange rates," said Babacan, underlining that these should all be taken into consideration.

He further noted that the growth rates of developing countries might be low for the next 10 years; however, their growth rates will still be higher than developed countries. Such growth, activity and dynamism will also attract investors to developing countries.Deputy Prime Minister Babacan further stated that the last year has increased the knowledge and experience of developing countries in tough times. "When the national income of Turkey, which reached $820 billion [TL 1.8 trillion] last year, and the per capita income, which reached $19,000 when indexed according to purchasing power parity are considered, Turkey is now included in the upper-middle income group, and hopefully, Turkey will rise to the high-income group within the next few years," said Babacan.

Turkey's growth is mostly based on the private sector, and when the last 12 years are considered, it is evident that Turkey has struggled against inflation and the current account deficit. Babacan further stated that Turkey is the highest performing developing county in Europe. "Although we are not happy with 3 to 4 percent growth rates, we were the fastest growing country in Europe last year, and hopefully, this year as well.

While the growth rate we want to achieve, the economic dynamism is important for us, growth from now on should be based on structural reforms. If we want sustainable, permanent and high-quality growth, then Turkey needs to continue its structural reforms," said Babacan. He underlined that a series of legal regulations have been implemented within the last two years and that the main priority will be decreasing inflation rates and the current account deficit, which are both high at the moment. "While we try to achieve this aim, we also have to ensure that growth and employment levels are maintained and improved," said Babacan, adding that such targets can only be reached by structural reforms, not by three to five month shortterm plans.

When asked whether growth rate estimates will be revised or not, Babacan noted that the 4.1 percent achieved last year and the 4.4 percent growth rate in the first quarter of this year were higher than expected. "When the first half of the year is considered, the situation is pleasing. The 3-4 percent level seems like a safe interval, and the final estimate will be announced with the Middle Term Program. I wouldn't want to give another estimate. However, when we observe the consensus figures and the studies of international finance agencies and market analysts, the figures are around 3-3.5 percent," said Babacan.

He further underlined that the reason why the figures are around 3 percent and not higher is the low performance of export markets due mostly to the clashes in Iraq and the threat of security along with the lower than expected performance of European economies.
Last Update: Sep 17, 2014 11:09 am
RELATED TOPICS