Stability in Iraq to increase economic activities in the region 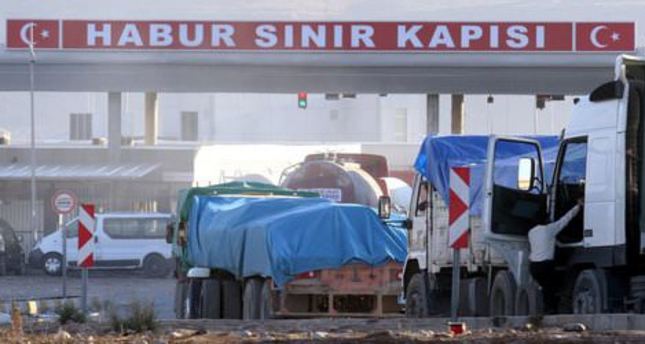 In case of sustainable stability in Northern Iraq, Turkey's business relations to the region are expected to increase an expert said

Commenting on investment opportunities in Northern Iraq, Öner Ayan, portfolio manager at the U.S.-based asset management company Doman Group (TDG), said that if public order is ensured in Northern Iraq, this might contribute to the reemergence of a serious amount of added value for the Middle East and Turkey. Ayan added, "Who will most benefit from this improvement are Turkish food and construction material manufacturers that export to Northern Iraq, Turkish petroleum refineries importing oil from the region and air carriers that carry leading tradesmen."

Ayan also noted that Germany, other EU countries and Russia were among the best trade partners of Turkey until very recently. "Thanks to positive developments in recent years, one more important export opportunity has emerged for Turkish companies in Northern Iraq," said Ayan. He stated, "Northern Iraq, which has grown much faster than the rest of Iraq, partially settled its civilian institutions and managed to export its oil with the support of the U.S. and upgraded its welfare level; hence, it has become one of the most important markets for Turkish companies in southeastern Turkey." He continued, "As American companies are not familiar with the region and market, I highly recommend that they enter northern Iraq by establishing partnerships with Turkish companies who know the region well."

Ayan stressed that business in Northern Iraq is not restricted to exporting goods and gaining petrodollars from there and continued, "Just as the Coca-Cola Company introduces test-purpose cola to a country in order to recognize its market and then establishes bottling and filling plants there by contributing to the domestic economy, these companies will also start production in Iraq after a while."

He noted that 80 percent of what is sold in Northern Iraq is imported from Turkey and that the current trade volume of $12 billion may go up to $20 billion, although adverse developments in the past few months have impeded lucrative trade for both parties.

Stating that the region is still promising, Ayan added: "U.S. President Barack Obama said that they did not have a strategy for Northern Iraq and Syria in the face of unexpected developments in the region. However, he had to make a move after facing harsh criticisms when U.K. Prime Minister David Cameron said that they would try their best." "There are rumors that international real estate investment groups that expect the region to be stabilized again are seeking cheap and spacious landed properties near Turkey and Northern Iraq," Ayan concluded.

Economist Dr. Cemil Ertem noted that stability in Northern Iraq and the reconciliation process, which began between Ankara and the Kurds in 2013 to end the decadeslong conflict in the southeast between Turkish forces and the PKK, will pave the way for economic boom in the region. Speaking on the matter to Daily Sabah, Ertem noted that political and social reforms within the reconciliation process have been built on economic basics. "The Turkish government invested too much to finalize the long-awaited Southern Anatolia Project (GAP) that would bring wealth and peace to the region. More than $30 billion were invested in the region within the project since the AK Party came to power. Thanks to the project new irrigated areas have emerged on which industrial agriculture has been promoted. This led the income distribution gap to narrow in the region," Ertem noted.

He also underscored that the reconciliation process will accelerate economic integration with the Iraqi Kurdish region. Highlighting possible energy investments, Ertem said that new capital flow would emerge between Turkey and the Kurdish region within the peace atmosphere provided by the reconciliation process. "Economic dynamism is expected to boost the ordinary person's welfare," Ertem concluded.
Last Update: Sep 18, 2014 9:53 am
RELATED TOPICS