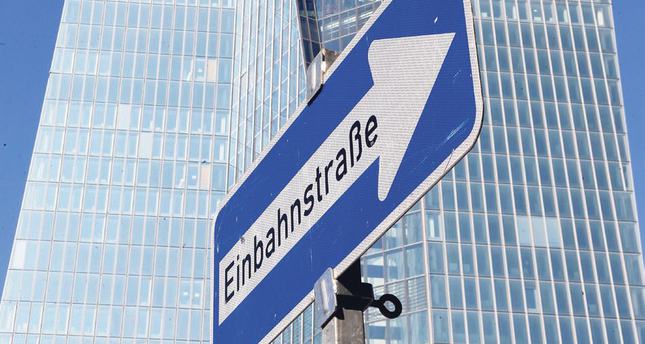 by Sep 21, 2014 12:00 am
With the eurozone's moribund economy sparking global fears once more, the region's cash-strapped leaders are now hoping the EU's investment bank can pull the bloc out of the doldrums. The OECD warned this past week the combination of feeble growth, high unemployment and super-low inflation made the sickly 18-nation single currency area the "most worrying feature" of the world economy.

The bloc's recovery from its debt crisis has run out of steam, with growth stagnating in the second quarter. Many agree that the main culprit is a lack of investment, which has failed to return to pre-crisis levels after declining twice as much as Japan and the U.S. between 2008 and 2012. "There is a dearth of investment in Europe and this is the reason for weak growth," said Italian Finance Minister Pier Carlo Padoan last weekend at a meeting of European Union finance ministers. The European Central Bank has taken to the barricades to reverse the trend, cutting rates and launching schemes to pump liquidity into the economy to encourage banks to lend to households and companies.

But so far this unprecedented effort by the ECB is proving a disappointment, with private banks skittish to take on more risk in the uncertain environment. Another potential saviour often cited is the European Investment Bank, a little-known EU institution sometimes described by hopeful officials as a "sleeping beauty" that holds back on its true lending potential.

Based in Luxembourg, the bank is the key component of an ambitious plan by incoming European Commission head Jean-Claude Juncker to invest 300 billion euros ($390 billion; TL 870 billion) over the next five years. The EIB and Commission are now drawing up concrete proposals, which should be available in November, timed to coincide with Juncker's official taking of office. But the bank's director, former German European affairs minister Werner Hoyer, has sought to lower expectations about the impact of the program.