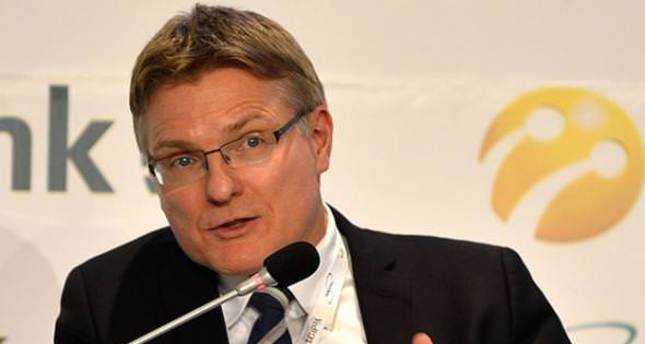 by AA Sep 21, 2014 12:00 am
Speaking to an Anadou Agency (AA) reporter after the Istanbul Finance Summit held on September 15-16, Chairman of the Frankfurt Finance Center Hubertus Vath noted that Turkey has taken great steps in becoming an attractive center for international investment. "Even though Turkey is located in a very troubled geographical region, if it continues taking similar steps like it did in the past, it will overcome these tough times as well," said Vath. He further highlighted that there are ongoing discussions on the "Fragile Five" developing economies; the devaluation of currencies and the economic stagnation that these countries are suffering. Despite these, the current account deficits of these countries are still decreasing, resulting in a healthier outlook. "In my opinion, the Turkish government and institutions, including the central bank of Turkey has taken the correct steps. There is economic stabilization currently.

Confidence has been restored in the markets and now political stability has also been restored," said Vath, commenting on the Turkish economy. However, he further added that there are troubles along Turkey's borders with Iraq, Syria and Russia and due to its geopolitical condition the markets are still fragile, but this would not cause any problems if similar steps to the one of the past are taken. Stating that Istanbul has all the requirements necessary to becoming a finance center, Vath added that this is a long and tough journey. "Labor, infrastructure, a consistent legal frame, capital and high production power is required. These are the assets of finance centers. However, these have not all been provided. Along with the physical infrastructure you also need people, which I call the 'intellectual infrastructure.' You need science and talent. I think Istanbul is undergoing such a development but this will not be a sprint; it will be a marathon," said Vath.