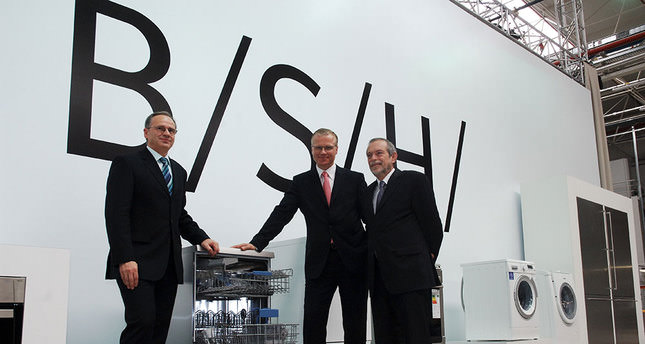 by Sep 22, 2014 12:00 am
Bosch announced Monday it was buying out fellow German conglomerate Siemens from their home appliance joint venture for 3 billion euros ($3.9 billion).

Siemens said it was selling its 50 percent stake in BSH Bosch und Siemens Hausgerate GmbH to focus on its core businesses, including energy, and announced at the same time it was to acquire Dresser-Rand, the US manufacturer of turbines and compressors.

BSH will continue to market washing machines, refrigerators, vacuum cleaners and irons under the Siemens brand.

"The sale of our BSH stake is part of our drive to continue focusing very intensively on our core business," Siemens's Chief Financial Officer Ralf Thomas said in a statement.

Bosch, which also manufactures car parts and tools as well as being involved in sensors and software, said BSH would be a good fit in the group.

"BSH has been a successful and profitable company for many years," said Bosch's chief executive Volkmar Denner. "Strategically and technologically, it is a perfect match for the Bosch Group."

The deal, which will also see BSH disburse 250 million euros each to Bosch and Siemens, must still be cleared by regulators and will likely close in the first half of 2015.