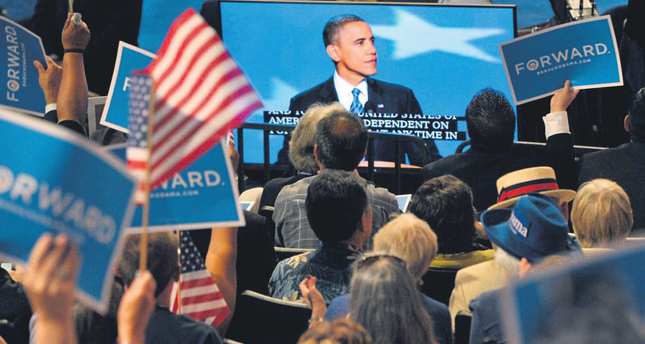 President Barack Obama, stumping for the Democrats ahead of November's congressional elections, has twice invoked Ronald Reagan's seminal campaign question: "Are you better off than you were four years ago?"

Framing the debate like that helped Reagan twice - in 1980 when he beat incumbent Jimmy Carter, and then again in 1984 when he won re-election during an economic upswing. But a similar message has failed to resonate for Obama primarily for one reason: while he stresses the economy has improved in almost every aspect on his watch, average family incomes have slipped. Between 2009 when Obama took office and 2013, the latest for which numbers are available, median annual household incomes fell by more than $2,100 in inflation-adjusted terms, Census Bureau data showed last week. "It's hard to make the case for 'Morning again in America' the way that Ronald Reagan was able to do in 1984," said John Ullyot, a former Senate Republican aide, now with a strategy firm High Lantern Group. "People just don't feel connected to the recovery."

White House economists have pointed out that the census figures do not reflect job growth and the rise in average hourly earnings seen this year, but any improvements have yet to register with the public.Opinion polls make disturbing reading for the Democratic Party, which will have a tough time defending its slim Senate majority in the Nov. 4 election.

Roughly two-thirds of the population thinks the economy isheading in the wrong direction, survey data from polling firm Ipsos has consistently shown over the last two years. About four in 10 Americans also strongly disapprove of Obama's handling of the economy and less than one in 10 feel he is doing a really good job. The president's own overall approval rating is stuck at around 40 percent.

Frustrated by the public's failure to give this administration credit for leading the world's biggest economy out of its worst recession since the 1930s, Obama and his team have gone to lengths to change that. While crisscrossing the country in the past months to drum up support for the Democrats, Obama on at least nine occasions stressed how almost all economic gauges have improved during his presidency. For one, the recovery from the 2007-2009 recession is the slowest since World War Two, but it has already extended beyond the post-war average of 58 months and there seems to be more gas in the tank.

The International Monetary Fund expects the U.S. economy to grow 3 percent next year and in 2016. On Obama's watch, 5.1 million jobs have also been added to payrolls, the S&P/ Case-Shiller national home price index is up about 17 percent and the S&P 500 stock index has more than doubled while hitting all-time records. "By almost every economic measure, we are better off today than we were when I took office," Obama told a Democratic women's forum in Washington on Friday, repeating the familiar refrain. He frequently chastises the media for underplaying news that U.S. factories, oil fields and the stock market are booming and businesses are hiring. "You wouldn't always know it from watching the news," he told a Labor Day picnic in Milwaukee on Sept 1.

Two days later, the White House arranged a special briefing for reporters with the president's top economic advisers, who walked through 17 charts showing the economy on the rise. Yet near the end, when asked what indicators had failed to bounce back, Jason Furman, chairman of the Council of Economic Advisers acknowledged that stagnant incomes remained a worry. "Wages remain one of the most fundamental economic challenges we have," Furman said. Many economists point out that stagnant wages are a problem that long predates this presidency. In fact, many believe that by the time incomes peaked in 1999 the United States was already slipping into a less dynamic era, grappling like other developed economies with aging and other structural impediments