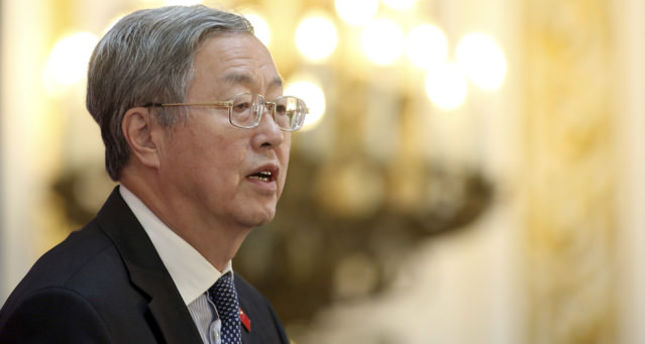 by Sep 26, 2014 12:00 am
China is debating whether to oust the head of its central bank due to disagreements over his policies, the Wall Street Journal reported. The departure of People's Bank of China Governor Zhou Xiaochuan would be justified on the grounds of the 66-year-old's age, the report said, citing party officials. But disagreements over financial policy in the world's second-largest economy would be the real reason for his ouster, the report said. Zhou is pressing for market reforms including a liberalization of interest rates but the party leadership fears the impact on an economy whose growth slowed recently. The head of the central bank is being kept in his job due to fears of the market reaction to his departure, the WSJ said.