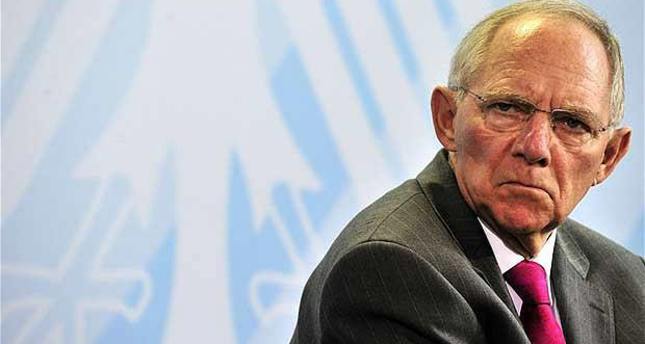 by Sep 26, 2014 12:00 am
German Finance Minister Wolfgang Schaeuble said Thursday he is not particularly happy about the European Central Bank's plans to buy up asset-backed securities on a large scale. Speaking to the lower house of the German parliament (Bundestag) at the start of a debate on Europe's new banking union laws, Schaeuble expressed reservations about the ECB's asset purchase plans. "In this respect, I'm not particularly happy about the debate about loan purchases. It's something that has to be looked at with caution."

Asset-backed securities (ABS) are bundles of individual loans such as mortgages, auto credit and credit-card debt that are sold on to investors, allowing banks to share the risk of default and encouraging them to offer more credit. The ECB believes that the market for such securities - an important source of financing for small and medium-sized enterprises - has effectively dried up since the financial crisis. And the ECB hopes that by buying them on a large scale, it can help revive the market and free up some of the credit channels which have seized up during the long years of crisis.

The problem is that it was precisely complex financial derivatives such as ABS which are seen as the root of the sub-prime crisis in the United States in 2008, leading many observers, particularly in Germany, to harbor deep reservations about them. The head of the German central bank or Bundesbank, Jens Weidmann, is opposed to the ECB's ABS plans. It is, however, unusual for members of the German government to openly comment on the ECB's decisions in case the comments are interpreted as an attack on the central bank's independence. Schaeuble was also insistent that the new banking supervisory role which the ECB is taking on under Europe's banking union must be strictly separated from its monetary policy mandate. "Having monetary policy and banking supervision under one roof is not completely unproblematic," he said. The two sides must be kept apart as strictly as possible, "so as not to give rise to a conflict of interests or the impression of a conflict of interests," Schaeuble said.