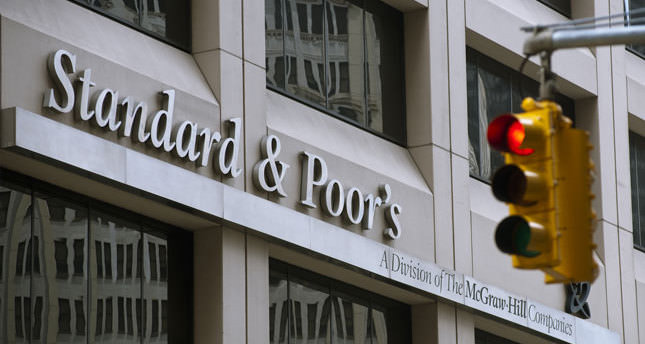 by Daily Sabah with AA Sep 26, 2014 12:00 am
Similar to Turkish economists and cabinet members, international finance experts question the actions and credibility of credit rating agencies (CRA) such as Fitch Ratings, Moody's and Standard & Poor's (S&P) particularly after the global economic meltdown in 2008. Described as "The Big Three," the international CRAs continue to be the subject of criticism regarding their rating methodologies across the world.

Treasury departments of various countries make agreement with at least two CRAs to better inform investors. However, the country's economic administration is eligible to terminate the agreements with those companies. President Recep Tayyip Erdoğan previously announced that Turkey will cut ties with Fitch and Moody's if they continue to view Turkey from a political perspective rather than basing their decisions on financial facts.

Renowned British economist Jim O'Neill, who served as the head of global economics research and the chairman of asset management at Goldman Sachs for many years as well as coining the term "BRIC" for the emerging markets of Brazil, Russia, India and China, is among the financial experts who question the credibility of CRAs. "Credit rating agencies were quite slow to follow the market and come from behind. They have tried to take action and gain credibility long after," he said.

Timothy Ash, the chief economist for emerging markets at Standard Bank, said that CRAs are usually conducting the rating procedure in line with the demands of other clients even if there is no agreement between them. Ash stressed that Turkey's economic track record was not evaluated well enough by CRAs and added, "One of the problems of the rating agencies is that they do not work sufficiently on Turkey's track record regarding debt payment and its willingness to pay its debts. While Turkey is sometimes unfairly punished despite paying all its debts; Russia, which could not discharge its debts between 1999 and 2000, was awarded with extra notes." Previously, three researchers at Berkeley University, Paola Fulghieri, Günther Strobl and Han Xia, wrote an article forwarding the argument that some international credit rating agencies may use unclaimed ratings as threats. The researchers stated in the conclusion part of the article, "We found out that rating agencies are asking for higher wages from their clients through unclaimed negative notes and threatening to punish those who refuse them."

Moody's, which affirmed Turkey as an "investible country," did not answer the questions of an Anadolu Agency correspondent regarding rating methodologies. Fitch Ratings, on the other hand, just sent the latest rating note regarding Turkey.

Turkey had the greatest contention with CRAs in 2012. In 2011, the Turkish economy grew by 8.5 percent occupying the fifth rank among the Organization for Economic Co-operation and Development (OECD) countries and second rank among G20 countries following China. Although markets expected that Turkey's credit note would be upgraded, Standard & Poor's downgraded Turkey's credit outlook from "positive" to "stable" on May 1, 2012.