Turkey an island of stability within chaos, says Erdoğan 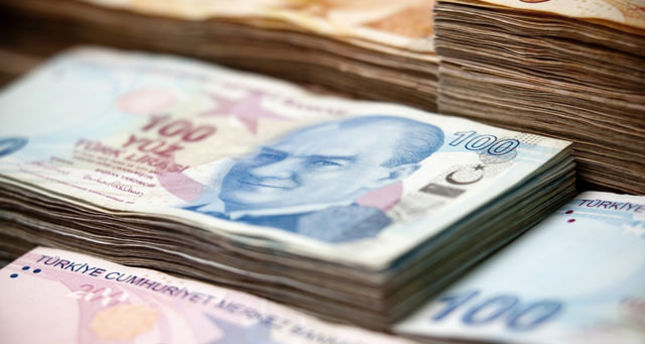 Turkish President Recep Tayyip Erdoğan said yesterday at the opening ceremony for the Special Meeting on Unlocking Resources for Regional Development, which was organized by the World Economic Forum, that despite all instabilities and horrible social conditions in the region, Turkey's economy could manage to maintain its pace of growth. He further emphasized that Turkey is the shining star of its region and of the world over. "Turkey is a good example for the countries in its region in terms of economic development and democratic moves," Erdoğan said, while highlighting Turkey is economic and social safe haven.

Reminding that Turkey grew 9 percent in two consecutive years despite the global crisis, Erdoğan said that the growth rate in 2013 was around 4 percent and Turkey was among the fastest growing countries in the world and added that Turkey would continue to grow.

Erdoğan said that 2 percent growth in the second quarter was even a huge success because the growth rates of big economies are between 0 and 1 percent. "The biggest economy in Europe is Germany and its growth rate is 0.8 percent. Our year-end growth target is 4 percent. We will work hard, produce and reach our target by exporting more. If export valuing $150 billion [TL 340 billion] had been mentioned in 2002, some would have said it was a dream. Why? Because exports in 2002 were $36 billion. Is it possible to go up from $36 billion to $150 billion? But you worked hard. You produced and exported. When we look at the figures released in August by the Turkish Exporters Assembly, we see the exports in the last 12 months reached $157 billion, which was a new record in this area. I congratulate you for this big record," Erdoğan said.

Erdoğan also unveiled Turkey's new "Discover the potential" slogan and logo. The branding, to be used on exported Turkish products, was revealed as he attended a meeting of theTurkish Exporters Assembly in Istanbul Sunday. He said, "From now on Turkey and Turkish products will be better introduced with the logo and slogan 'Discover the potential.' These are all symbols of a new Turkey, a new strong Turkey having global aims. These are the symbols of Turkey's self-confidence." The new logo will replace the "Made in Turkey" mark.

Speaking at the launch meeting of the logo designed to mark goods produced in Turkey Erdoğan highlighted that the Turkish lira and Turkish goods have gradually gained a global reputation thanks to regulations and branding work that were implemented in the last decade with contributions of politicians, public institutions, non-governmental organizations, business circles and advertisement agencies.

Erdoğan said that all of the strong and respected currencies in the world had a logo while the acronym "TL" was used for Turkish lira. "A nice, plain and easy logo was prepared and introduced to the public. Our citizens used this logo and it has become widespread in a short time. Today, we see this logo used on price tags in markets and adopted well by public," Erdoğan said.

Erdoğan said that they introduced another national logo today, which is as important as the new sign for the Turkish lira, and was designed by the Economy Ministry and Turkish Exporters Association (TİM). He added, "As of today, this logo will replace the stamp 'Made in Turkey' on the products manufactured in Turkey. Anyone who sees this logo anywhere in the world will understand that that product is made in and exported from Turkey."

Erdoğan said that the logo will be accompanied by the well-matched slogan "Discover the potential."

Touching upon the fact that Turkey's well-renowned brands have worldwide credibility, Erdoğan continued, "I believe this logo and slogan will further enhance our products in terms of strength, reputation and credibility."

Erdoğan also pointed to the potential criticism that the logo and slogan might face and continued, "When we first removed six zeros from the Turkish lira and introduced new banknotes it received harsh criticism from certain circles. Today we see that both our banknotes and the 'TL' sign are adopted and used smoothly. None of the pessimistic scenarios came true and the new currency did not have any negative impact on inflation. Society so easily accommodated itself to the new currency as if it had been using it for many years. Thus, I strongly believe that the new logo and slogan will also be adopted soon and get widespread despite any negative criticism."

Erdoğan also said, "I regard the new logo and slogan as the symbol of self-confidence of the new Turkey which has global targets and ambitions. We will not confine ourselves to stamping this logo on our brands alone - we will also strive to produce more brands. We are proud of our products that attain a place in global stores and markets, but they are inadequate in terms of number. The Turkish economy has arrived at a point where we have started to talk about the need of producing new brands. While we are rapidly increasing our exports that grow steadily, we are also in need of branding as a major part of our energy."