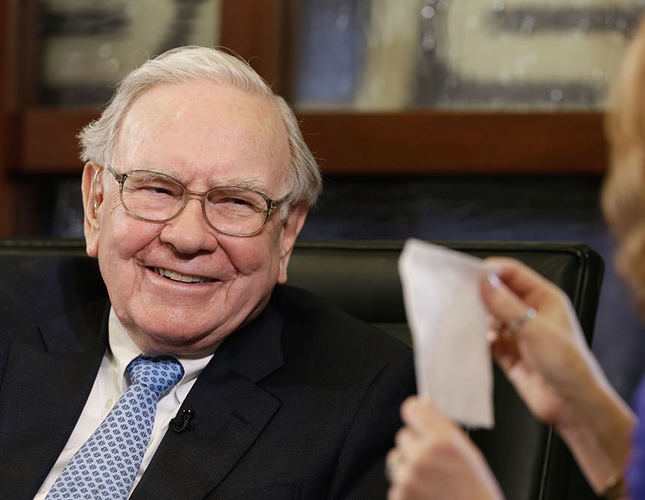 by Daily Sabah Oct 03, 2014 12:00 am
Well-known investor Warren Buffett said that he regrets to invest in British retailer Tesco's shares on a TV show, stating that it was a "huge mistake."

Buffett's Berkshire Hathaway, U.S. based conglomerate that operates in numerous sectors along with significant minority shares in companies like American Express, Wells Fargo, IBM and Coca Cola, had invested to 3.97 percent of Tesco's shares in 2007.

Worth 1.66 billion USD when acquired by Berkshire Hathaway, the shares currently worth 880.5 million with 48 percent decrease.

Tesco had announced earlier that the U.K.'s Financial Conduct Authority (FCA) started an investigation regarding the admission of a 250 million pound mistake in profitability calculation.

The retailer started an internal investigation regarding the scandal, and five executives were removed, including general manager of England operation.

Tesco is the second largest retailer in the world by profits and revenues, and currently has 9,600 employees and 200 stores in Turkey, through its ownership of Kipa.