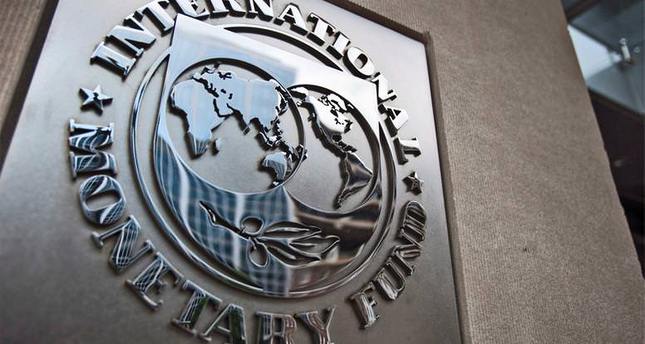 by Daily Sabah Oct 03, 2014 12:00 am
As the IMF announces its concluding statement of 2 14 for Turkey on Friday, it says that Turkey should reinforce macro prudential policies to preserve financial stability. The IMF says that even though Turkey's economy has grown by a remarkable 6 percent on average since 2010, low national saving and competitiveness challenges are constraining investment and exports and making it harder for Turkey to meet its ambition to close the per capita income gap with advanced economies.

The statement said, "The Turkish economy recovered swiftly from the great financial crisis and unemployment reached its lowest level in the last decade. More recently, the authorities effectively contained the fallout from heightened domestic uncertainty and financial market volatility. However, rapid growth has come at the expense of high inflation and a large external deficit."

The IMF said that Turkey should address these imbalances in the economy carefully with sequenced macroeconomic policies and structural reforms to preserve its growth potential.

As for the growth in the Turkish economy, the IMF said that the GDP is expected to grow at 3 percent, driven by public sector support, net exports, and a mild revival of private consumption however, inflation will likely exceed the authorities' target once again.

"Macroeconomic policies can support rebalancing and preserve financial stability in the near term, but improved medium-term growth will also depend on progress with structural reforms aimed at enhancing Turkey's economic potential. The priority should be to implement the policies that encourage higher private sector savings, and promote lower energy dependence," it said.