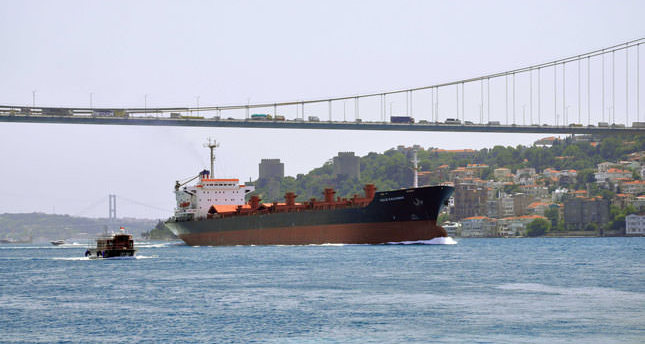 Turkey’s economy has grown by a remarkable 6 percent on average since 2010, however, high inflation and a large external deficit is holding back the continuing growth potential, according to the IMF’s 2014 Turkey report

"Growth is set to continue, albeit at a moderate pace. In 2014, gross domestic product is expected to grow at 3 percent, driven by public sector support, net exports, and a mild revival of private consumption in the later part of the year," the report prepared by the IMF staff visiting Turkey between Sept. 11 and Sept. 24 said.

The report listed the economy's dependence on consumption, slow export growth and sizable investment needs as the elements constraining Turkey's growth, and added that the monetary stance needs to be consistent with the inflation target.

"The current policy rate is not compatible with reducing inflation to the 5 percent target," the report said, adding that a tighter fiscal stance would reduce the burden on monetary policy to meet the inflation target.

"Without a change in policies, future economic performance is likely to be weaker than that of the recent past. Turkey's low domestic savings and challenges related to competitiveness are becoming limiting factors for investment and exports. Thus, on current policies and national saving rates, economic growth is expected to slow to about 3.5 percent per year in the medium term," the report said.

Although lower growth would likely limit inflation and the deterioration of the current account deficit, it would also mean that Turkey's income convergence with advanced economies would be slow, potentially leaving Turkey in a middle income trap, it also said.

The report concluded saying the structural reform policy agenda also needs to be revitalized. "Macroeconomic policies can support rebalancing and preserve financial stability in the near term, but improved medium-term growth will also depend on progress with structural reforms aimed at enhancing Turkey's economic potential. The priority should be to implement the policies that encourage higher private sector savings, and promote lower energy dependence," it said.

Turkey's economic growth forecast for this year had been upgraded by international agencies after high first quarter growth figures during the year . It was projected as 2.4 percent in the report released in May by Standard & Poor's (S&P) but was then increased to 2.9 percent in August, with a further revision to 3 percent for 2015. Moody's announced on April 11 that it increased its forecast for Turkey's year-end growth rate from 2.5 to 3 percent. Fitch Ratings, which is the first rating agency that upgraded Turkey's ranking to "investable level," noted on Aug. 19 that Fitch also increased Turkey's growth forecast from 2.4 percent to 2.7 percent.

U.K. bank Barclays raised its 2014 and 2015 growth forecast for Turkey on June 30 following the country's strong export growth and recovering consumer demand. Publishing an outlook report for emerging economies, Barclays said in its report that Turkey's growth was expected to accelerate starting from the second half of 2014. It said that the reason for the accelerated growth in the first quarter was because of strong exports that balanced stagnation in domestic demand. Barclays also stated that decreasing political instability, better foreign demand and the global environment for capital inflows could speed up Turkey's growth. Barclays raised Turkey's growth forecast for 2014 from 2.2 to 3.3 percent while raising it from 3.5 to 3.7 percent for 2015.

U.S.-based lender Citibank revised up its 2014 growth forecasts for Turkey on June 11 as a result of the figures announced in the first half of the year. It increased its growth forecast rate from 2.2 percent to 3.5 percent. Citibank further underlined that Turkish assets can benefit from the positive global outlook in the short-term; however, the need for major foreign financing is still keeping the economy fragile especially when sudden changes that may occur in investors' trust are considered.