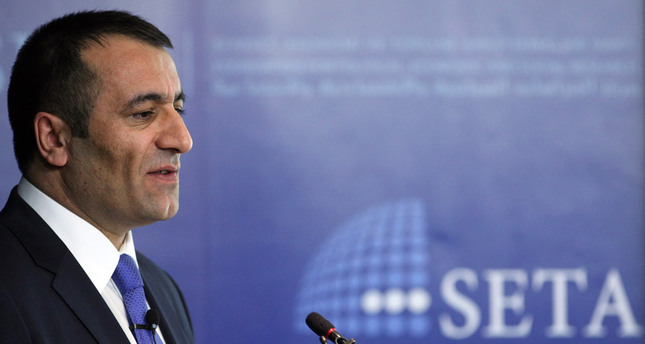 by Daily Sabah Oct 09, 2014 12:00 am
While economy experts highlighted that the Medium Term Program (MDP) is in compliance with the current situation, the opposition parties objected to it.

"There were no real surprises in the release of the medium-term financial plan of the government. The emphasis on curbing inflation should please investors, especially those already invested in fixed income instruments as they need inflation to decline to pave the way for further rate cuts which will allow their securities to appreciate. The market showed no real reaction to the release of the plan, details of which are already priced into the market," economist Taha Meli Arvas said during an interview with Daily Sabah.

Erdal Tanas Karagöl, economy director at the Foundation for Political, Economic and Social Research (SETA), said that the MTP, which was based on a sound ground, was issued by taking the most adverse conditions into account, adding, "The figures were revised in line with the most adverse conditions. If the external conditions improve, growth may exceed expectations." Selin Sayek Böke, the Vice President of the Republican People's Party (CHP) responsible for economic policies said, "We are face to face with the MDP [the National People's Party] which has doomed Turkey to the middle income trap. This plan, which claims Turkey is in a desperate situation, accepts the middle income trap, low growth and unemployment as the fate of the country's economy."

MHP Vice Chairman Ahmet Kenan Tanrıkulu stated, "While our internal and external security is on vulnerable ground, the economy's management, which takes advantage of this, should acknowledge that this program has not aroused any excitement in our economy and among our people, which will influence another revision in the upcoming period."