Obama wants an election about the economy, not him 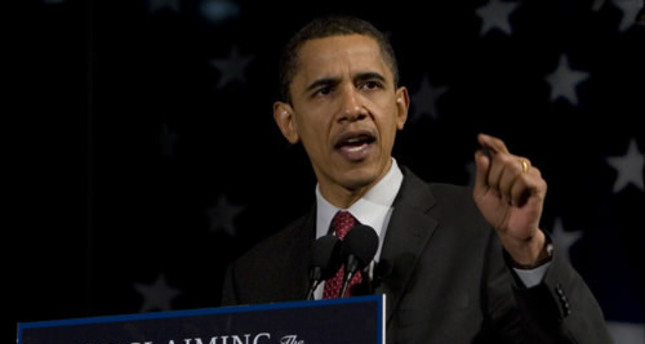 President Barack Obama is increasingly touting the economic recovery in a bid to help his party retain narrow control over the senate in November elections, a campaign strategy fraught with risk at a time when his popularity is down and many Americans are frustrated that their lives have not improved despite the emergence from recession

The White House is betting that Obama's tight embrace of the economic recovery and populist proposals for gender pay equity and a higher minimum wage will galvanize his core supporters and persuade fence-sitting independents to vote for Democratic candidates.

While noting that he's not on the ballot in this election, Obama has become fond of saying that his policies are at stake. The line has prompted a reflexive flinch from Democrats who are trying to fend off a concerted Republican campaign to link Democratic opponents to the president.

Addressing young entrepreneurs Thursday at a startup center in California, Obama highlighted his economic record for the third time in eight days.

"A lot of you entered into the workforce during the worst financial crisis and then the worst recession since the Great Depression," he told the gathering of mostly millennials, those born after 1980. "You are coming out of this recession with the best educated, most diverse, most digitally fluent generation in American history."

For Democrats, the problem is not Obama's message; it's the pitchman. "The messenger is not the most popular guy on the planet right now," said Democratic pollster Mark Mellman.

Public opinion polls show substantial support for Obama's proposals to raise the minimum wage, seek pay equity for women and close corporate tax loopholes. But on the economic issues he's most associated with the fitful recovery from the Great Recession and his health care law the American public is not with him.

That said, Obama does have an economic story to tell. Unemployment has dropped from a high of 10 percent in 2009 to 5.9 percent last month. The economy grew last quarter at a better clip than many expected. The stock market has rallied to record highs. He inherited a federal deficit of more than a trillion dollars; the deficit has been cut by more than half to $486 billion.

But, to the frustration of the White House, that message hasn't gained much traction against a headwind of nearly stagnant wage growth.

Ayres recently conducted a joint poll with Democratic pollster Stan Greenberg for NPR and discovered that in states with closely contested Senate races, both Republicans and Democratic voters were equally energized

"It's all about the independents in those states," he said. "The independents are going to be moved more than anything else by the reality of the economy they feel in their daily lives. At least at this point, far too few have felt a significant recovery."

It's a point not lost on the White House. Last week, after describing the recovery's trajectory, Obama added: "The facts that I just laid out don't mean that there aren't a lot of folks out there who are underpaid, they're underemployed, they're working long hours, they're having trouble making ends meet."

As a result, Obama is also pushing his proposals to raise the minimum wage to $10.10 an hour, to ensure equal pay for women, to overhaul the immigration laws and provide universal pre-school for children as an effort to create contrasts with Republicans who have opposed those efforts.