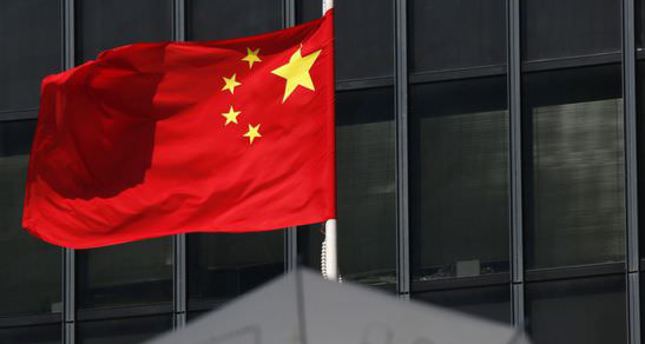 By the end of this year, China’s economy will surpass the U.S. in size. However, it has a 3.8 percent voting share, not far from Italy’s, which has an economy one-fifth the size. Some worry this could undermine the IMF

The International Monetary Fund was launched in 1944 with the world's new superpower, the United States, in position as the key force and shareholder in the global crisis bank. Today, China is on the verge of becoming the world's largest economy. But its voice at the IMF - wrapping up its annual meeting this weekend in Washington - remains that of a minor country, and some worry this could undermine the crucial, 70-year-old institution. The IMF estimates that by the end of this year, China's economy will surpass the U.S. in size: $17.63 trillion (TL 40.2 trillion) versus $17.42 trillion, based on the purchasing power parity standard. On a more traditional basis, linked to current prices, the clearly much more affluent United States still leads by a wide margin. But there is no debate about China's rise to power in the industrial world. And its growth rate, at 7.4 percent this year, still far outpaces that of the rest of the advanced economies. The IMF has had difficulty conforming to this new global power balance. The U.S. holds 16.7 percent of the voting power in the fund, which gives it an effective veto over any major changes in its structure and activities. China, meanwhile, has a 3.8 percent voting share, not far from Italy's, which has an economy one-fifth the size. And the U.S. Congress's repeated refusal to ratify a four-year-old set of reforms that would boost China, India and other emerging powers at the institution is beginning to cut into the fund's stature. "The risk for the IMF is that it will become less and less relevant and increasingly illegitimate," said Paulo Nogueira Batista, the IMF representative of Brazil and 10 other countries, speaking on his own behalf.

The 2010 reforms would change quotas, effectively their voting power, for shareholders and also sharply increase the IMF's overall financial resources, crucial for conducting huge operations like the rescue of Greece and Ireland and, most recently, support for Ukraine. The reforms have been endorsed by all other major economies. But to be implemented, they need U.S. backing. The administration of President Barack Obama has endorsed them from the beginning, but repeatedly has been unable to persuade congress to ratify the pact. The problem has gone on for so long that some are talking of seeking an alternative to the current governance. Clearly frustrated, IMF Managing Director Christine Lagarde said Thursday that she would perform a belly dance in front of the U.S. Congress if they were to ratify the reforms. "It was due in 2012. It is overdue in 2014," she said. Agustin Carstens, Mexico's central bank governor and a former IMF deputy managing director, highlighted the importance of the Fund maintaining legitimacy. "It's important because the IMF provides policy advice. And for it to be followed, it needs to come from a legitimate institution," Carstens said. Another former IMF official, Peter Doyle, told AFP: "The rise of China and India has rendered the IMF voting rights allocation not just unfair and illegitimate, but ridiculous." Lagarde stressed that, even with the skewed voting rights, China, India and other emerging powers are generously represented in the top management circle of the fund. That includes Chinese economist Min Zhu as a deputy managing director. Some say even the 2010 reforms won't rectify the situation. For one, China's voting share will only rise to 6.1 percent. "Even the delayed 2010 quota reform represents only a modest step toward changing the governance structure of the IMF to reflect shifting economic realities," Eswar Prasad, a former IMF official, told AFP. According to Nogueira Batista, there is still stiff resistance to change inside the institution, including from Europeans. "The U.S. has been incapable of delivering, and the Europeans have been hiding behind this lack of delivery on the part of the U.S. to postpone the other elements of the process," he said.