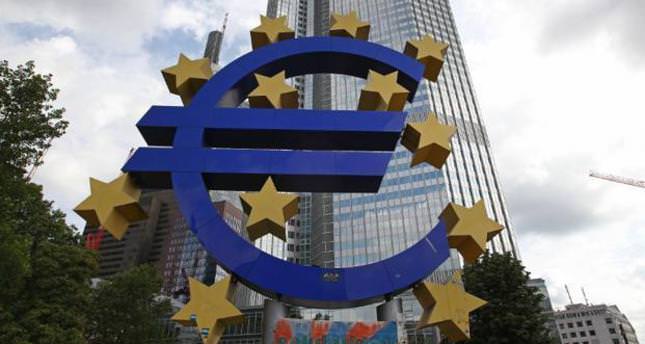 One compromise is an infrastructure investment fund of public and private money, although even the first draft of a list of potential projects will not be ready until December, according to a document prepared for the Luxembourg meeting. The euro zone's sinking fortunes are raising alarm among global policymakers who fear the bloc is again dragging on the world economy just two years after its last crisis and say the continued strict focus on budget rigour is misplaced.

EU officials are nevertheless seeking last-minute changes to the French and Italian budgets for 2015 to reduce their fiscal deficits, sources have told Reuters -- a sign of the difficult balancing act underway in the euro zone. Ministers will also hear from European Union and IMF inspectors on Greece's plans to exit its financial rescue programme in 2015, a year ahead of schedule.

There are signs that a poor run of German data may be softening Chancellor Angela Merkel's opposition to public spending. Merkel says her government is exploring ways to encourage more investment in the German economy, which contracted by 0.2 percent in the second quarter and could weaken further going into 2015.

The German government will cut its economic growth forecasts for 2014 and 2015 next week, sources have told Reuters, while Britain is also concerned about the impact euro zone stagnation is having on its recovery. EU finance ministers are pinning their immediate hopes on a plan by the European Commission and the European Investment Bank to create a pipeline of projects to boost business dynamism and growth potential, according to the EU document seen by Reuters. The European Union hopes that small amounts of money from the EIB and the EU's budget could be seed financing.

Investment in the 28-country bloc has fallen by about 20 percent since 2008, according to the European Central Bank. But there are few details other than that ministers are eager to bring in as much private investment as possible and compliment a 300 billion euro investment programme proposed by the incoming Commission president, Jean-Claude Juncker. Jyrki Katainen, who is set to take over as the European Commission's official responsible for jobs and growth next month, told Reuters that energy, transport and broadband Internet were priorities. Despite an urgent need to tackle near record unemployment, concerns about rushing into projects that will not have a clear economic pay-off mean efforts are proceeding cautiously.

A list of projects and ways to finance them will be presented in December, delaying a pledge made in Milan last month to have something ready for this week's meeting. France and Italy, the euro zone's second and third largest economies respectively, are relying on Germany to increase public spending because they are unable to as the European Commission deems their debt and deficts to be too high.