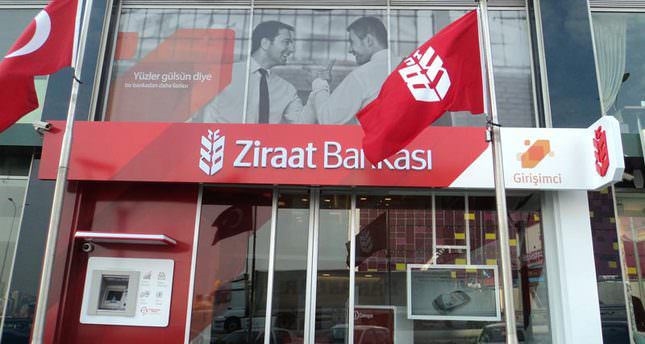 by AA Oct 15, 2014 12:00 am
One of Turkey's largest state-owned banks, Ziraat Bank, has been given permission by the country's banking regulator to set up a participation bank -working on Islamic financial principles-, according to the government's official gazette -- a daily printed record of legislative acts and notices -- published Wednesday.

The Banking Regulation and Supervision Agency issued a certificate giving permission to Ziraat Bank to establish a participation bank with a $300 million capital.

Ziraat and its sister companies -- Ziraat Insurance, Ziraat Savings, Ziraat Investment and Ziraat Technology -- will be the shareholders of the new bank.

Last August, deputy prime minister responsible for the economy, Ali Babacan, disclosed government plans to establish three state-owned participation banks as a subsidiary of the current state-run lenders by the end of 2015.