Turkey is the most talkative country 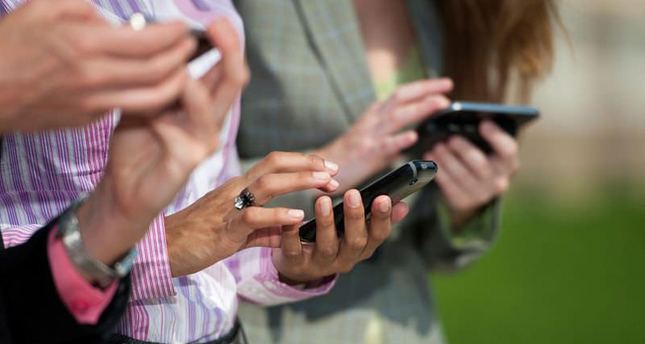 by AA Oct 18, 2014 12:00 am
Information Technologies and Communications Association Chairman Tayfun Acerer noted that Turkey is the most talkative country in Europe in terms of mobile communications -- by a long shot. "This is good news; however, the data increase in mobile broadband is hard on networks. Therefore, if we don't take any precautions, if we don't switch to fast fiber networks and extend mobile networks, there would be a lot of delays in calls and connections," said Acerer. He added that mobile data increased by a factor of 15 times in one year, and not just Turkey, but the whole world should be ready for the increase, which is expected to be around 65 times in five years.

Speaking to an Anadolu Agency reporter, Acerer said that with an average of 364 minutes a month, Turkey has the highest number of mobile calls. In terms of infrastructure, Turkey is in good condition, and while there is network coverage in many big cities in Europe, it is still highly inadequate noted Acerer.

He underlined the importance of improving and extending the infrastructure in line with the increase in mobile data and added that investments should be made in fiber optic connections.

Acerer stated that by lowering call prices and with various tariffs, people are making more calls on their mobile phones and added, "While we have a good infrastructure, there will be congestion within the next two to three years with this factor of 15 increase."

He noted that monthly average Internet usage is around 33 hours, which is higher than both the average in Europe and around the world. Stating that social mobile networks are frequently used, Acerer said: "There are around 40 million broadband subscribers. There are approximately 36 million Facebook and 10 million Twitter users. In order for users not to face delays while using these social networking sites, we need to improve our infrastructure.

Acerer also underlined the fact that since access to the Internet has become widely available, labor is also becoming mobile and that the traditional office concept is changing, becoming free of location. He pointed out that especially the IT sector is undergoing an evaluation and added that soon there will be more people working outside of the office than in the office. "In Silicon Valley in the United States, there are rooms separated by screens, and there are folded bags next to the tables. People do not have any set work hours and mostly perform their duties remotely," said Acerer." Acerer further announced that it is possible for mobile workers in the software industry to increase from 21 percent to 31 percent in the next two years.