Turkey to grow by increasing savings and structural reforms 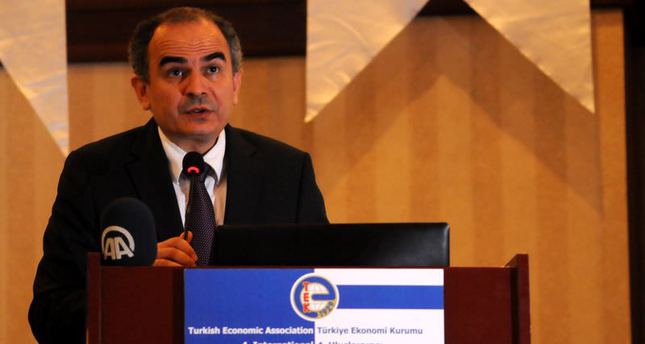 by Daily Sabah with Agencies Oct 20, 2014 12:00 am
Speaking at the fourth International Economy Conference organized by the Turkish Economy Association in Kemer, Antalya, Central Bank of Turkey Governor Erdem Başçı stated that they are aiming to achieve higher growth rates by increasing savings. He further explained the Turkish central bank's contribution to balanced growth and commented on the recent economic and financial indicators. Başçı further stated that achieving balanced growth is crucial for Turkey when global economic development is considered and in the next period balanced growth will be based on the structural reforms initiated.

He further noted that in the G20 summit organized in Australia, each country announced their own structural reform schedule and countries have agreed to undertake about 900 titles and if all of these articles are implemented, then global growth will increase by 1.8 percent. In 2015, Turkey will become the 10th president of the G20, but is yet to announce the venue. Başçı further stated Turkey's undertakings have been included in the 10th Five-Year Development Program and the Medium-Term Program and added, "The main factor that will enable growth in Turkey is increasing savings levels, unlike many other countries. Therefore, we will strive to increase the savings." He also indicated that the government will announce more than 200 actions under 25 sub-categories within the scope of the 10th Five-Year Development Program soon.

According to Başçı, the central bank's most effective contribution to balanced growth will be price stability. Başçı also noted that when stability of prices is ensured, then both the nominal and real interest rates will be low enough to lower risk premiums, which remains relatively high, and will also contribute to balanced growth.

Başçı also stated that tight monetary policies applied by the Turkish central bank are crucial for lowering the inflation rate. "It is evident that as the central bank of Turkey, we are actively implementing monetary policies and liquidity policies. There is no single interest rate but an interval. Within this interest interval, we are sometimes applying tight measures and sometimes act more supportively. Our intervention into interest rates were criticized at the beginning however, now, since the capital flow is not stable, we are planning on expanding this interval and believe our intervention is a valuable tool," said Başçı.

Stating that when long-term interest rates emerge in the market, short-term interest rates can be accorded with long-term rates through liquidity, Başçı said this is a tight policy in terms of credit but has a stabilizing effect on foreign exchange rates and decreases banks' inclinations to grant loans. He stated that the reason for funding, whether it will be used for production or consumption is crucial and that today, 20 percent of production and 10 percent of consumption is being carried out with this funding.

"As the central bank of Turkey, we are pleased with the current situation. We wouldn't be able to achieve this on our own. The government and the Banking Regulation and Supervision Agency's support were required. Maintaining this funding trend is crucial for lowering inflation rates, in order to improve the balance of payments equilibrium and for decreasing the current account deficit," said Başçı.