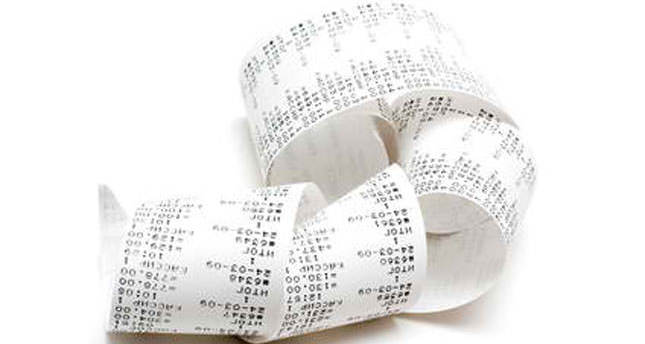 by Daily Sabah Oct 24, 2014 12:00 am
When the medium-term economic program was announced, Finance Minister Mehmet Şimşek said that the fight against the informal economy would be stronger, vowing to bolster tax incomes without increasing tax rates. Şimşek has now proved himself right with an unconventional way of tax monitoring in which people share shopping receipt copies with him via Twitter after which he sends teams of auditors to businesses in the eventuality of accounting irregularities. As one of the most active users of Twitter among the Cabinet members, Şimşek does not only use Twitter as a means of messaging or communicating, he also takes advantage of it in the context of his portfolio. In an interview by Turkish daily Hürriyet, Şimşek said, "I have a number of followers on Twitter. Sometimes they tweet me their shopping and meal receipts to inform me of irregularities. Then I instantly send a team of inspectors to those places."

Citing an example from those tweets, Şimşek said, "I was notified that a person went to a popular restaurant in the evening, but the receipt he was given showed that he was only the second customer of that day. It was not convincing that such a frequented restaurant hosted only two customers until that time of the day. I instantly conveyed this to the relevant units and the inspection team did what was necessary."