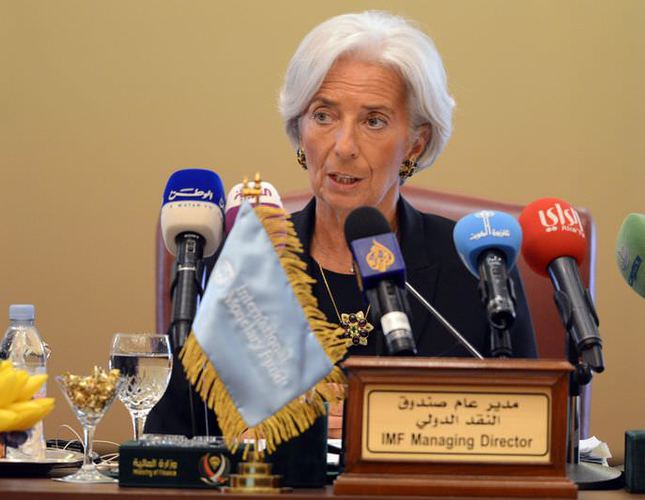 by AA Oct 26, 2014 12:00 am
Gulf countries should make economic reforms, International Monetary Fund Managing Director Christine Lagarde said at the opening of an IMF-Middle East Center for Economics and Finance in Kuwait City on Saturday. Lagarde said that some of the most clear issues Gulf countries face are the decline in oil prices and the slow growth of the global economy. She added that oil prices have fallen by 25 percent in the last few months reaching their lowest point in four years - $82 per barrel - last week. This was due to the rising value of the U.S. dollar which has curbed the purchasing power of oil-dependent nations, while the growth rate of Asian and European economies turned out to be lower than expected. Kuwait Finance Minister Anas al-Saleh said the decline in oil prices was hampering financial conditions, economic reforms and investment expenditure programs in Gulf Cooperation Council (GCC) countries. Al-Saleh added that the economic growth rate is expected to reach 4.5 percent in 2014 and 2015, adding that regional and international political issues are putting pressure on Gulf countries to form an extensive economic vision. The council's member states had an aggregate oil production of around 20 million barrels per day in 2013.