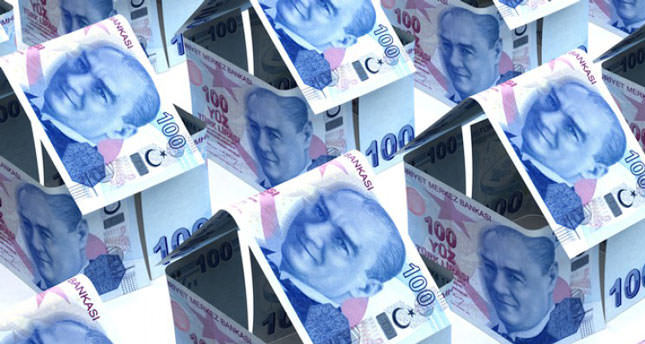 by Daily Sabah Oct 28, 2014 12:00 am
Foreign direct investments in Turkey reached $8.6 billion in the first eight months of 2014, the Economy Ministry disclosed. The figures showed a 9.8 percent increase from the $7.86 billion invested in the same period last year, according to data released yesterday. The ministry data showed 63 percent of capital inflow – almost $3.8 billion – came from the European Union. The manufacturing sector benefited most from foreign direct investments, with $2.1 billion, followed by the financial sector with $1.18 billion. Turkey's electricity, gas and water industries – which were the largest recipients of international capital last year with $2.55 billion – saw FDI of more than $1 billion between January and August of this year.

The data also indicates that 2,801 foreign-funded new companies were established in the first eight months of the year, up from the 2,313 firms registered in the same period last year, an increase of 21.1 percent. As of August 2014 a total of 40,506 companies operate in Turkey with international capital, with 24,136 of them operating in the country's economic heart, Istanbul, the ministry said. Antalya, Turkey's tourism center followed Istanbul with 4,313 companies.

The report said that of the total number of foreign-funded companies in Turkey, 5,949 were German-funded and 2,736 were financed by the U.K. The ministry also announced that 13,814 foreign companies were in the wholesale and retail market, 5,570 in manufacturing and 3,598 in the construction sector.

"Foreign capital inflow is very important for Turkey since the country's savings ratio is not sufficient to fuel its 5 percent growth target," Economy Minister Nihat Zeybekci said on Oct. 17 of this year.

He explained that the transformation of Turkey's region into a consumption center had paved the way for the country to become a major investment destination and that the country seriously needed this capital inflow for sustainable growth performance. "This savings ratio is not enough to proceed on our way with a 5 percent average GDP growth performance. So, foreign capital is very important for us," he continued. "When a foreign investor makes an investment in Turkey, it is treated as a Turkish company. It has privileges regarding profit transfers and some special opportunities," he added. "We would like to proceed on our path, with foreign direct investments, as a stable and sustainable country which plans for its future." ISTANBUL / DAILY SABAH WITH AA