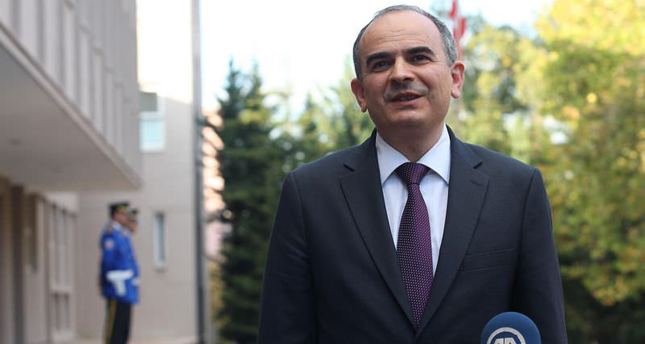 The central bank of Turkey has agreed to pay interest on mandatory deposit provisions, which will be equal to an amount between TL 1-3 billion ($2.208-6.626 billion) annually, to a sector which registers profits between TL 25-30 billion annually

The Central Bank of the Republic of Turkey (CBRT) recently announced that they will provide additional support for the core liabilities of the bank in order to support balanced growth and domestic savings. According to an announcement on the bank's website, the interest that was supposed to be paid for the portion of the required reserves kept in TL by financial institutions will now be used as an incentive.

Interest for the required reserves will be paid in November 2014 and accordingly, higher interest will be paid to financial institutions that have higher averages than the sector in terms of their core liability ratios (the ratio of their deposits plus equities to their debts). Concerning the payment of interest to the required reserves denominated in Turkish lira, Bülent Şengönül, research manager at İş Yatırım, said, "The assumption that 125-325 basis points of interest would be paid to banks may contribute 1-3 percent to the net profit estimates for 2015."

Berat Albayrak, Columnist for Sabah newspaper, stated in his article discussing the current decision of the CBRT, "The CBRT will pay to banks an estimated TL 1-3 billion annually. It is interesting to create an income item for a sector which earns approximately TL 25-30 billion total income annually. Who pays for it? Another issue, deposit interest will be rising depending on the deposit race of banks. This increase will cause costs to rise as well as market interest rates. Besides, participation banks don't get to benefit from these implementations, which is not fair"

Recently, the Bank of Yapı Kredi announced a TL 1.4 billion net profit for the third quarter of this year and Garanti Bank announced a TL 2.4 billion net profit, reaching an asset size of TL 241.8 billion. Speaking to Daily Sabah, Economist Cemil Ertem said, "We are proud of the developments in the financial sector. On the other hand, the CBRT's decision on mandatory deposit provisions seems to be unfair and it can cause unfair competition. The CBRT decided to keep interest rates steady last week, which is not encouraging for real sector investments. It is hard to understand the CBRT's decisions, which seem to be promoting the financial sector. Real sector investments would contribute more to Turkey's potential growth."

After the CBRT's decision to keep the one-week repo interest rate at 8.25 percent, comments outlining concerns about the negative effects on real sector investments continued. Speaking to Anadolu Agency, Turkish Exporters Assembly (TİM) head Mehmet Büyükekşi said that the greatest obstacle to investment is high interest rates, adding, "Now, there is a competitive rate of exchange, however, interest rates are just as important as exchange rates for competition and investment. In order to avoid high interest rates, the central bank needs to act proactively. If the studies on inflation succeed, the CBRT will act proactively and we will see that interest rates will fall in the upcoming months."