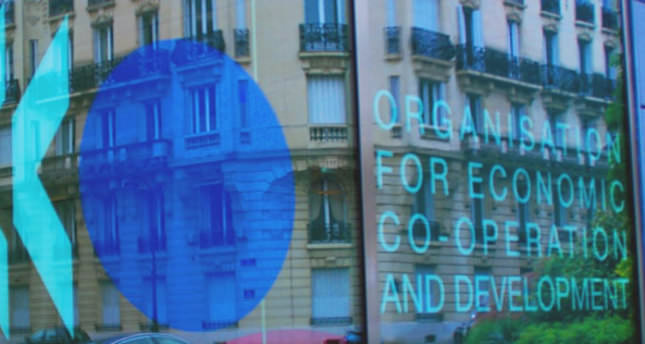 "Given the very weak economy and the risk of deflation, the ECB should expand its monetary support beyond currently announced measures, building on the positive effects to date," the OECD said as the central bank held its monthly monetary policy meeting at which it was not expected to announce any new measures. "This should include a commitment to sizeable asset purchases ("quantitative easing") until inflation is back on track," it said, adding that the purchases could include government bonds, which the ECB has so far shunned due to political sensitivities in Europe about the central bank underwriting government spending.

The ECB has so far focused its monetary stimulus, designed to spur lending and investment by buying financial assets, packages of loans known as asset-backed securities (ABS) and corporate bonds.

The ECB said it could inject some 1 trillion euros into the economy in this manner, as a means to stem a slide in inflation. At 0.4 percent, inflation is way below the ECB's target of just under 2 percent and is flirting with deflation that leads to economic contraction and job losses.

The OECD's chief economist Catherine Mann said that "overall, the euro area is grinding to a standstill and poses a major risk to world growth."

The Organisation for Economic Co-operation and Development, which provides economic analysis and advice to its industrialized country members, lowered its forecast for global growth this year by a tenth of a percentage point to 3.3 percent. For 2015 it cut the forecast by two tenths of a point to 3.7 percent growth. With a debate raging in Europe over whether to let up on austerity measures, the OECD said "all room to engage fiscal policy must be exploited."

The OECD bumped up its forecast for U.S. growth this year by a tenth of a point to 2.2 percent, while leaving its 2015 forecast unchanged at 3.1 percent. Japan's growth forecasts were left unchanged at 0.9 percent this year and 1.1 percent in 2015. The OECD noted the progress the country has made at getting out of deflation, and said the Bank of Japan's recently expanded quantitative easing program should be continued until inflation has been sustainably raised.

Among emerging markets, which have been the source of most growth in the world economy in recent years, the OECD said China was set to slow as the government moved forward with efforts to achieve a more balanced and sustainable expansion.

It held Brazil's forecast for 2014 growth at 0.3 percent, but raised the 2015 outlook by a percentage point to 1.5 percent. The OECD sees Russia managing 0.7 percent growth this year, up from its previous forecast of 0.5 percent, although this is still a major slowdown from the 1.7 percent expansion the country recorded last year. However, the OECD expects Western sanctions on Russia over its role in the Ukraine crisis to bite next year, dropping its forecast to zero growth from the previous 1.8 percent. "Russia is in go-slow mode, with the economy's course strewn with obstacles, including oil prices," said Mann.